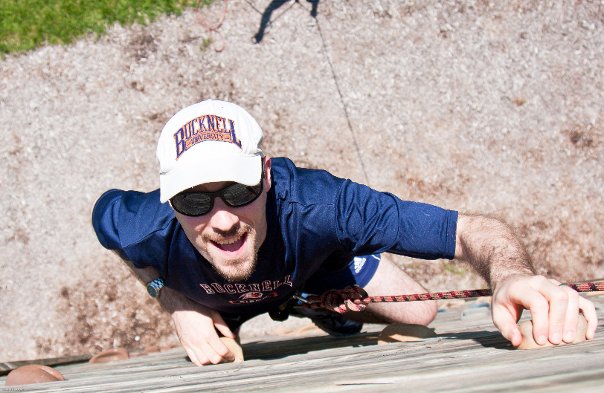 I have been ministering to college students in PA with DiscipleMakers since 1999. I have also been involved in leadership in Orthodox Presbyterian and Reformed Baptist churches. I'm passionate about teaching people how to study the Bible.
Occupation Campus Missionary May 14, 2015
Wonderful literary analysis of the poetry. The main flaw is that Ash just barely misses the main theme of the book - the fear of the Lord.
Bruce, F. F. “Habakkuk” in The Minor Prophets: An Exegetical and Expository Commentary (in one volume). Baker Academic, 2009.
Peter Krol

June 5, 2010
This commentary is somewhat helpful on the basics, especially historical background. Bruce is an excellent historian, but not as good of a commentator. I felt that his commentary suffered from cross-reference-itis. Much of my time reading, I found myself asking, "yes, those are nice verses that use the same words that Habakkuk used, but what was Habakkuk's point?" All in all, I would prefer a more expositional commentary, and fewer word studies (which have their place, but aren't the most important things when seeking to interpret a text).
Lane, William L. Hebrews. 2 Vols. WBC. Thomas Nelson, 1991.
Peter Krol

June 5, 2010
This was not the best commentary I've ever read, but it was pretty decent. I think the entire Word Biblical Commentary series is pretty difficult reading, and the only one I'd ever say I "enjoyed" was Gordon Wenham's 2 volumes on Genesis. Anyway, Lane does a fair job commenting on Hebrews 1-8 in this volume. I skipped all of the verse-by-verse comments, since I felt like he zoomed in a bit too much and lost the author's flow of thought. However, his sections on "Form/structure/setting" and "Explanation" for each section were very worthwhile.
Silva, Moisés. Philippians. BECNT. Baker Academic, 2005.
Peter Krol

June 5, 2010
This commentary is huge, so I didn't get to read the whole thing yet. However, I did really enjoy the 86 page intro, and the commentary on 2 Timothy. Towner was very clear in his writing, focused on the text, sensitive to context, and using historical context in a helpful (and not annoying) way. He also occasionally moved his discussion beyond interpretation into a bit of application. Not often, but enough to help the text come alive. All in all, one of the most enjoyable commentaries I've read in a while.
Bruce, F. F. Fee, Gordon D. ed. The Book of Acts. NICNT. Eerdmans, 1988.
Peter Krol

June 5, 2010
What I found most helpful about this commentary was the historical background and reconstruction. Bruce is amazing at cross-referencing and bringing together all of the data to paint a clear picture of what was happening. This includes geographical data (e.g. if you want to know what Ephesus or Antioch was like), as well as biographical (e.g. where was Paul when he wrote each of his letters, and what does Acts tell us about what was on his mind at the time). I found Bruce's weakness to be in literary analysis. He is not very sensitive to literary structure or devices. Thus he was often also weak on interpretation and application. I've read a few of Bruce's commentaries now, though, and this is the one I would recommend as most helpful. As Bruce is an expert historian, it is not surprising that he'd be at his best commenting on the book that outlines the early history of the church.
Bruce, F. F. The Epistles to the Colossians, to Philemon, and to the Ephesians. NICNT. Eerdmans, 1984.
Peter Krol

June 5, 2010
I've read Bruce's comments on Colossians and Ephesians. I wouldn't really recommend this volume as all that helpful if you're looking to get a lot out of the text. What Bruce does well is cross-reference each verse to the rest of Paul's writings. He doesn't, however, do literary analysis or application very well at all.
Kidner, Derek. Proverbs. TOTC. InterVarsity Press, 1981.
Peter Krol

June 5, 2010
Kidner is a sage. He is brilliant, pithy, and attractive in his communication. Why read a commentary on Proverbs by any other type of scholar? "What [wisdom] takes is not brains or opportunity, but decision. Do you want it? Come and get it" (p.67).
Jordan, James B. Judges: Gods War Against Humanism. Geneva Press, 1985.
Peter Krol

June 5, 2010
Jordan is a keen observer of the text. He's also magnificent at showing how the larger structure fits together and communicates part of the author's meaning itself. If you don't mind sifting through some strange interpretations for the gems, this is well worth your time.
Enns, Peter. Exodus. NIVAC. Zondervan, 2000.
Peter Krol

June 5, 2010
Enns does a tremendous job showing how the OT points to Jesus. That focus comes across on every page of this work.
Waltke, Bruce K. Genesis: A Commentary. Zondervan Academic, 2001.
Peter Krol

June 5, 2010
It doesn't get any better than this if you want a commentator sensitive to literary devices. Although I found myself disagreeing with Waltke at a few points, I really wanted to agree because he demonstrated everything so well from the text. If you want something more than word studies and ancient near eastern parallels - that is, if you actually want to understand Genesis and what the original author was trying to communicate to his audience - this is the commentary for you.
Waltke, Bruce K. The Book of Proverbs. 2 Vols. NICOT. Eerdmans, 2005.
Peter Krol

June 5, 2010
Waltke really knows his stuff. This commentary was very thorough and analytical. I really appreciated how he showed the interconnectedness of Proverbs and how sensitive he is to the literary devices in the text. This commentary was pretty heavy on Hebrew and theological and literary lingo. It's not an easy read, but would mostly be useful for looking up particular questions one has. I wanted to read through this entire first volume, just to do it. It was a lot of fun on chapters 1-9. But chapters 10-15 was very, very tough going (because of the erratic nature of the individual proverbs). I also have Waltke's second volume, but I don't think I'll read it through. I'll just save it for when I study particular sections of Proverbs in the future.
Schreiner, Thomas R. 1, 2 Peter, Jude. NAC. Broadman & Holman, 2003.
Peter Krol

June 5, 2010
I read Schreiner's comments on 1&2 Peter, and they were superb. He does a great job at observing the text and explaining the flow of thought. He is easy to read, while still scholarly. Also, and I rarely find this done well in biblical commentaries, he handles Old Testament quotes and allusions very well. Sometimes in brief and sometimes at length, he goes back to the OT context to show what the passage meant then and how Peter is using it now. Just one beef I had was that he didn't do so well showing how grace drives our obedience in 1 Peter. His perspective often came across (as the usual evangelical approach) as though we need grace to become Christians, but then we need more discipline to grow as Christians. Grace was not absent, but he was not very skilled at connecting grace into the details of our sanctification. For example, in the text, we're commanded to be holy as God is holy (1:15-16), but the power and resources for that holiness come through reminding ourselves of the Gospel and letting it change us (1:17-21), not just through our own elbow grease!
Keener, Craig S. The Gospel of John: A Commentary: Two Volumes. Hendrickson Publishers, 2003.
Peter Krol

June 5, 2010
This is an amazing commentary. It's HUGE, and priced well under most comparably sized tomes. I keep this one on my desk at all times for ready reference whenever I'm studying a New Testament book or passage. I like to read commentaries. I've read a whole bunch. When I study a book of the Bible seriously, I usually read 2-3 commentaries with it. Unfortunately, I have rarely read a NT commentary that carefully examines OT quotations in their original context. This commentary does just that - for the entire New Testament! The commentary examines every OT quote or allusion found in the NT, and often considers the following six concerns: >Context/argument of NT passage >Context/flow of thought of OT quote >Use of OT passage in rabbinic Judaism >Textual matters (why does the quote look so different when I look it up in the OT?) >Hermeneutic lessons (what do we learn about how to read the OT?) >Theological lessons (what does the quote teach us more generally?) So far, I've only read portions of the commentary on Matthew, 1 Corinthians and 1 John, and the entirety of John, Acts, Ephesians, 1&2 Thessalonians, 2 Timothy and 1 Peter. I don't have time to read the entire volume before reviewing it. I simply can't recommend it any more highly.
Beale, G. K. 1 & 2 Thessalonians. IVPNTC. InterVarsity Press, 2003.
Peter Krol

June 5, 2010
Just excellent. Made me want to check out more volumes in this series. Beale was constantly focused on the author's main point. Good observation, interpretation, and application. Simply a rare gem as far as commentaries go. My only beef was that the font and typesetting were not the easiest to read.
Gledhill, Tom. The Message of the Song of Songs. BST. InterVarsity Press, 1994.
Peter Krol

June 5, 2010
Quite decent as far as commentaries go. Gledhill was fabulous when it came to reading and interpreting poetry. I don't think I've ever read a commentary where the author quoted so much poetry himself. Fully appropriate when commenting on the Greatest Song (that is, the "Song of Songs") itself. In his efforts to have the text "speak today," I did find Gledhill to often move beyond the text in directions that I just wasn't comprehending. I often thought, "wow, this is really practical, but I'm not sure how we got here. I actually saw the text taking us in a different direction."
Stott, John R. W. The Message of 2 Timothy. BST. InterVarsity Press, 1999.
Peter Krol

June 5, 2010
Stott is a wonderful commentator of Scripture. He is clear, not too technical, and very sensitive to the logic and application of passages. At only 127 pages, this is a nice easy read for anyone who wants more help studying 2 Timothy.
Tenney, Merrill C. John - The Gospel of Belief. Eerdmans, 1997.
Peter Krol

June 5, 2010
After a wonderful introduction, the body of the commentary drops off a bit in usefulness. It still stimulated me quite a bit in thinking through each passage. His analysis of John's purpose statement was the best part.
Stott, John R. W. The Message of Galatians. BST. InterVarsity Press, 1993.
Peter Krol

June 5, 2010
I really appreciate Stott's commentaries. Especially in this series (Bible Speaks Today). They're very readable, yet they clearly exposit the text in a useful way. I would recommend this book to anyone who wants to understand this important letter of Paul's!
Stott, John R. W. The Message of Acts: The Spirit, the Church, and the World. BST. Inter-Varsity Press, 1994.
Peter Krol

June 5, 2010
Stott is a commentator that I could read and read and read. He is very sensitive to literary structure and devices, and he is quite sensitive to contemporary application. All in all, this was a delightful read, and very informative for me as I studied the book of Acts.