Religions of Ancient Israel: A Synthesis of Parallactic Approaches 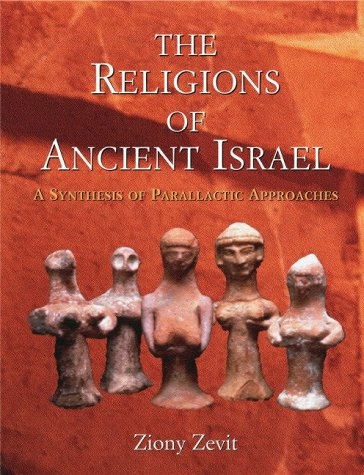 This is the most far-reaching interdisciplinary investigation into the religion of ancient Israel ever attempted. The author draws on textual readings, archaeological and historical data and epigraphy to determine what is known about the Israelite religions during the Iron Age (1200-586 BCE). The evidence is synthesized within the structure of an Israelite worldview and ethos involving kin, tribes, land, traditional ways and places of worship, and a national deity. Professor Zevit has originated this interpretive matrix through insights, ideas, and models developed in the academic study of religion and history within the context of the humanities. He is strikingly original, for instance, in his contention that much of the Psalter was composed in praise of deities other than Yahweh. Through his book, the author has set a precedent which should encourage dialogue and cooperative study between all ancient historians and archaeologists, but particularly between Iron! Age archaeologists and biblical scholars. The work challenges many conclusions of previous scholarship about the nature of the Israelites' religion.

December 5, 2009 5 5
The massive study of more than 800 pages provides the most thorough and balanced discussion of the subject. [Full Review]
Review of Biblical Literature (RBL) (Joel Burnett)

April 1, 2006 5 5
This substantial volume offers an account of Israelite religion during the Iron Age, up to 586 B.C.E., based on a thorough presentation of evidence. Rather than a history of Israelite religion on the order of well-known works by Y. Kaufmann, H. Ringgren, and R. Albertz or a focused comparative textual treatment like the studies of F. M. Cross or M. S. Smith, Zevit intentionally seeks to offer something different. In so doing, he responds to what he views as a scholarly propensity toward theoretically driven scholarship that is unduly influenced by understandings of religion operative in our contemporary setting, a propensity that, according to Zevit, results in presentations of “the alleged contents of Israel’s belief (as reflected in the Bible)” (xiii). As an intended correction, Zevit takes a phenomenological approach with two aims: (1) to describe Israelite religion based on an integration of biblical, epigraphic, and archaeological evidence; (2) “to synthesize these within the structure of an Israelite worldview and ethos involving kin, tribes, land, traditional ways and places of worship, and a national deity” (xiv). Chapter 1 is an extensive essay locating Zevit’s study philosophically and methodologically within the humanities and social sciences broadly considered and more specifically within the scholarly fields of religion and history. [Full Review]