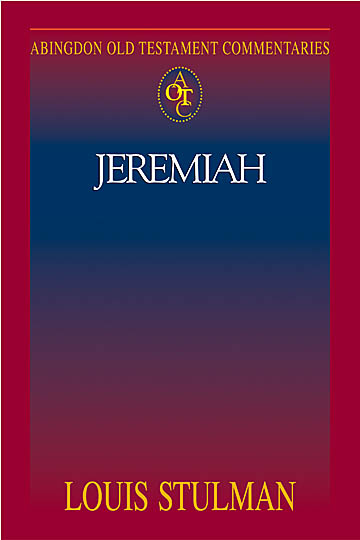 Jeremiah has a reputation for being one of the most difficult books in the Bible to read. Despite its dense and jumbled appearance, Stulman shows that Jeremiah is far more than a random accumulation of miscellaneous materials. Jeremiah is an artistic and symbolic tapestry held together by prose seams. In the first commentary to give the prose literature such strong attention, Stulman explains how the prophetic book reenacts the dismantling of Israel's most cherished social and symbolic systems. In doing so it speaks poignantly of the horrors of war and military occupation, as well as the resultant despair and anger. Siege and deportation, however, do not signal the end for the people of God. As Jeremiah unfolds, seeds of hope begin to emerge. Such hope asserts that massive wreckage does not nullify God's love, that oppressive and murderous forces will not ultimately triumph, and that the suffering and sovereign God will sculpt new beginnings out of the ruin of fallen worlds.

5 out of 5 based on 3 user ratings
John Glynn

September 1, 2005 5 5
This beautifully written and theologically powerful commentary helps its audience navigate the literary complexities of the book of Jeremiah while arguing for a coherent theological purpose to the book. Stulman is one of the more creative Jeremiah scholars in the guild today, and his work has consistently demonstrated an ability to marry an unusually graceful literary sensibility with a scholarly appreciation of the subtleties and complications of the book of Jeremiah. Stulman reads Jeremiah as a two-part prophetic response to the cultural chaos of exilic Judah. He argues that the book musters a number of overarching symmetries and theological reversals to facilitate its rhetorical movement from the dismantling of traditional Israelite symbol systems (Jer 125) to the articulation of a revitalized theology that emphasizes restoration and the enduring nature of Gods covenant with Israel (Jer 2652). Stulman rightly recognizes that many voices are preserved in the long and complicated literary development of the traditions in Je remiah (46). He speaks of a surplus of settings and audiences constituting a great cloud of witnesses (9), a veritable collage of voices in the book (176). Stulman uses the metaphor of a symbolic tapestry to describe the ways in which Jeremiahs many traditions are interwoven into a unified picture of the sociotheological landscape of sixth-century Judah. [Full Review]
Review of Biblical Literature (RBL) (Else Holt)

June 1, 2005 5 5
A lot of commentaries on the book of Jeremiah have been published since Robert P. Carrolls groundbreaking volume in the Old Test ament Library series in 1986. Several of them have been historically or historistically oriented, but not a few take the avenue of more theological orientation, and thus an orientation toward literary studies as well. This very fine commentary belongs to the latter group. Louis Stulman, Professor of Religious Studies at the University of Findlay, Ohio, presents in his one-volume commentary an up-to-date critical and theological reading of the book of Jeremiah, based on the understanding of the composition of Jeremiah, which he presented in his 1999 monograph, Order amid Chaos: Jeremiah as a Symbolic Tapestry. In the foreword (xiii) the general editor of the series presents the commentaries in the Abingdon series as books of the Old Testam ent for the use of theological students and pastors. Exactly at th is level, Stulmans book is excellent, offering a fountain of living water in the wilderness of too historically conservative or too evangelical commentaries. Stulmans governing approach to Jeremiah a nd the book that bears his name is that the man and the words of the book are one, so to speak. [Full Review]