Demons and Spirits in Biblical Theology: Reading the Biblical Text in Its Cultural and Literary Context

Demons and Spirits in Biblical Theology: Reading the Biblical Text in Its Cultural and Literary Context J. Harvey Walton and John H. Walton 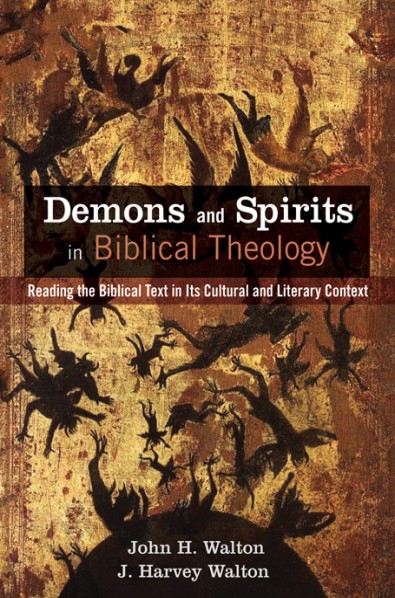 Some people believe that a battle of cosmic proportions is raging as Satan and his demons seek to destroy Christians and undermine God’s plans. Others believe that all talk of demons in the Bible and theology only reflects pre-modern superstitions that should be re-interpreted in philosophical and psychological terms. Despite their contrasts, both believe that the Bible directly or indirectly intends to teach readers about reality. Another path is possible. What if references to demons in the Bible are similar to references about the shape and structure of the cosmos representing the beliefs familiar to the ancient audience but used only as a framework for teaching about the plans and purposes of God? This approach is here worked out through detailed examination of hermeneutical method, the ancient Near Eastern and Greco-Roman contexts, each of the biblical terms and passages, and the essentials of biblical and systematic theology. Unlike many scholarly treatments of demons, readers will not find an assessment of the metaphysical realities. Instead they will be introduced to a hermeneutical, exegetical, and theological feast regarding what the Bible, understood in its ancient context, teaches.