Local Audience, Broad Dissemination in "The Audience of the Gospels: The Origin and Function of the Gospels in Early Christianity" 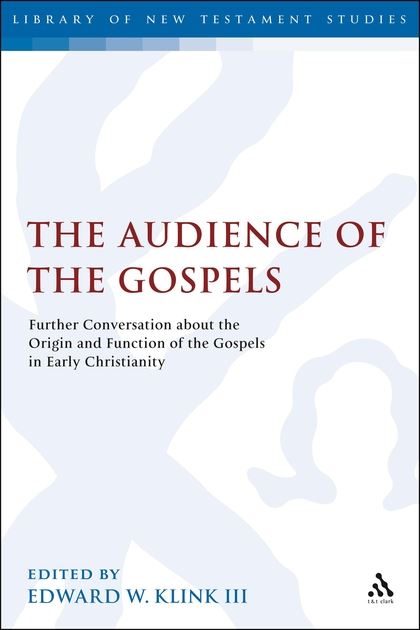 The discussion initiated by The Gospels for All Christians: Rethinking the Gospel Audiences, edited by Richard Bauckham, has had a profound effect on gospel study and has been probed and debated at major conferences, as well as at an international conference on the Gospel of John (2002). Almost every commentary or major monograph on the gospels has had to deal with its thesis.

In light of this ongoing debate stretching nearly a decade, it seems that a further volume is sorely needed. Even more, there is now a pressing need for further definition and clarification of the concepts and ideas that were originally presented, as well as a more precise dialogue over these hotly debated issues in gospel interpretation, with scholars who have been participating in the discussion since its inception.

This multi-contributor volume will press forward an important discussion centered upon the audience of the gospels, continuing further the quest for understanding the origin and function of the gospels in early Christianity.