Jesus Monotheism: Volume 1: Christological Origins: The Emerging Consensus and Beyond 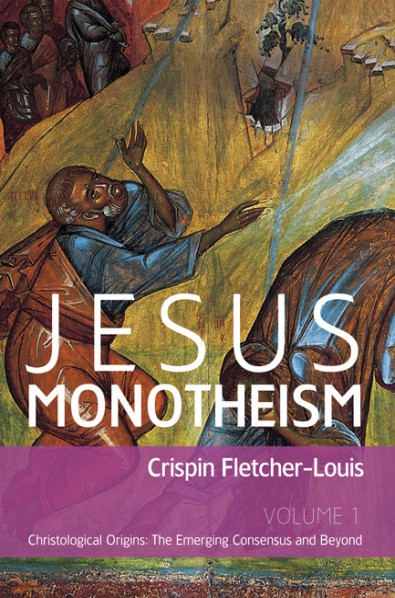 This is the first of a four-volume groundbreaking study of Christological origins. The fruit of twenty years research, Jesus Monotheism lays out a new paradigm that goes beyond the now widely held view that Paul and others held to an unprecedented "Christological monotheism." There was already, in Second Temple Judaism and in the Bible, a kind of "christological monotheism." But it is first with Jesus and his followers that a human figure is included in the identity of the one God as a fully divine person.

Volume 1 lays out the arguments of an emerging consensus, championed by Larry Hurtado and Richard Bauckham, that from its Jewish beginnings the Christian community had a high Christology and worshipped Jesus as a divine figure. New data is adduced to support that case. But there are weaknesses in the emerging consensus. For example, it underplays the incarnation and does not convincingly explain what caused the earliest Christology. The recent study of Adam traditions, the findings of Enoch literature specialists, and of those who have explored a Jewish and Christian debt to Greco-Roman Ruler Cult traditions, all point towards a fresh approach to both the origins and shape of the earliest divine Christology.