The Epistle of Second Baruch: A Study in Form and Message

The Epistle of Second Baruch: A Study in Form and Message Mark Whitters 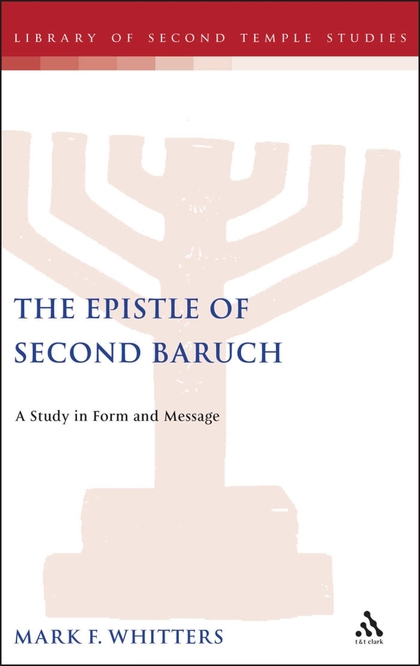 2 Baruch is one of the more important apocalyptic writings among the Jewish Pseudepigrapha (written at the end of the 1st century AD and so contemporary with the New Testament). The "Epistle" is a message to the Jews of the Dispersion. Whitters is arguing that the document was once an authoritative text for a specific community, and gives us clues about the important era between the two Jewish wars of 70 and 132 AD, when Judaism was assuming radical new forms. This Epistle tells Diapora Jews how to live in a world without the Jerusalem Temple.