The Confrontational Wit of Jesus: Christian Humanism and the Moral Imagination 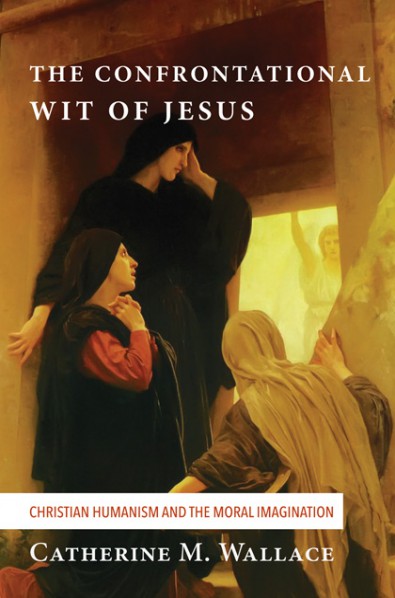 Jesus did not die to save us from God. He died because the Romans did not tolerate charismatic teachers who attracted a lively following. Jesus attracted that following through his personal compassion, his confrontational inclusivity, and his skill in using laughter as a nonviolent weapon of mass disruption.

The Gospel authors picked up Jesus' witty techniques. They adeptly parodied the literary conventions of heroic biography, laying out "the kingdom of God" in a point-for-point contrast with the empire of Caesar Augustus. Most of this contrast was Jewish Prophetic Rant, Standard Edition: the God of the Jews had always demanded justice for workers, food for the hungry, care for those unable to earn a living, and an end to monopolizing natural resources for private and imperial profit.

Jesus added a fourth and telling point: God is nonviolent. God smites no one. God's loving-kindness and compassionate presence embraces all of humanity equally. We are all the children of God.

Then and now, that's a revolutionary claim. It portrays our obligation to the common good as a sacred obligation. It's owed to God. In cultural terms, that's the most potent variety of obligation. This is the cultural heritage at risk from fundamentalism, which portrays God as both crazy-violent and vindictive.