Time of Troubles: A New Economic Framework for Early Christianity 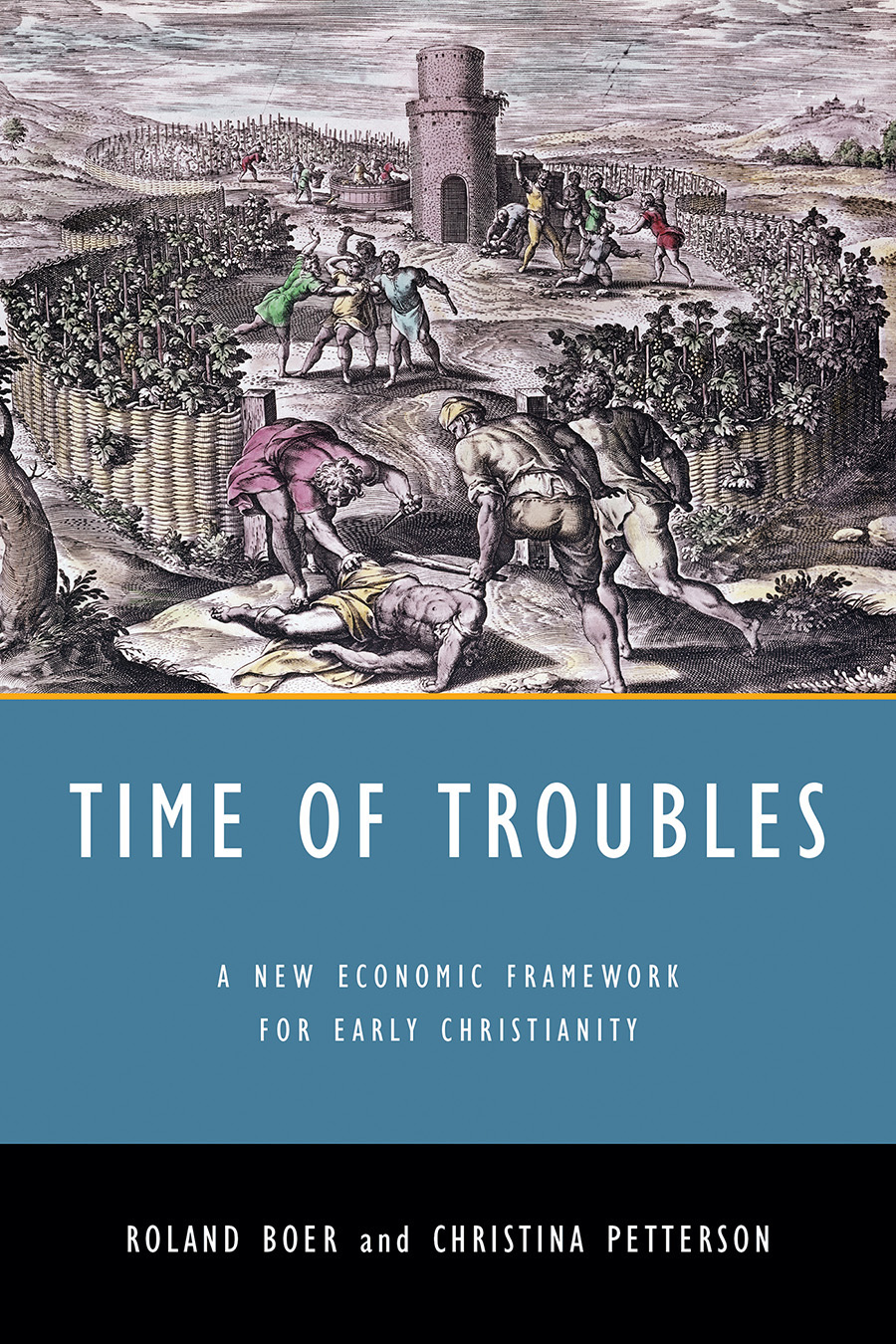 Economic realities have been increasingly at the center of discussion of the New Testament and early church. Studies have tended to be either apologetic in tone, or haphazard with regard to economic theory, or both‒‒either imagining the ancients as involved in “primitive” economic relationships, or else projecting the modern capitalist preoccupation with markets and the enterprising individual back onto first-century realities. Roland Boer and Christina Petterson blaze a new trail, relying on the expansive work on the Roman economy of G. E. M. de Ste. Croix (who was relatively uninterested in the New Testament, however) and on the theoretical framework of the Régulation school. Theoretically flexible and responsive to historical data, Régulation theory gives appropriate regard to the centrality of agriculture in the ancient world and finds economic instability to be the norm, except for brief episodes of imposed stability. Boer and Petterson find the Roman world in crisis as slavery expands, transforming the agricultural economy so that slave estates could supply the needs of the polis. Successive chapters describe aspects of the economic crisis in the first century and turn at last to understand the ideological role played by nascent Christianity.