Focusing Biblical Studies: The Crucial Nature of the Persian and Hellenistic Periods: Essays in Honor of Douglas A. Knight 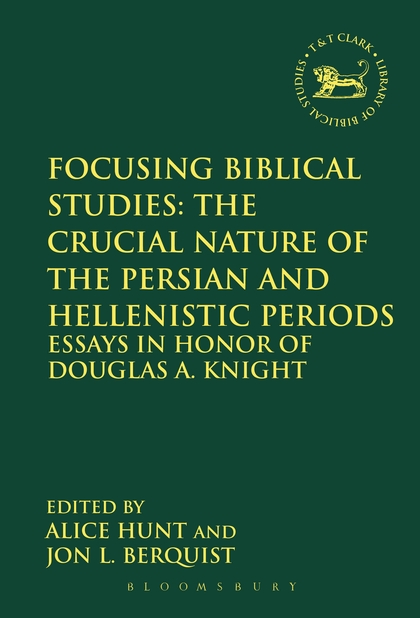 This volume makes a positive intervention into maximalist/minimalist debates about Israelite historiography by pointing to the events that happened during the Persian and Hellenistic periods. During this historical epoch, traditions about Israel and Judah's founding became fixed as markers of ethnic identity, and much of the canonical Hebrew Bible came into its present form. Concentrating on these events, a clearer historical picture emerges.

The entire volume is set within the context of Douglas A. Knight's contributions, which have encouraged a rigorous social-scientific and tradition-historical approach to the Hebrew Bible and ancient Israel in general.