The Invention of Christian Discourse: Volume 1 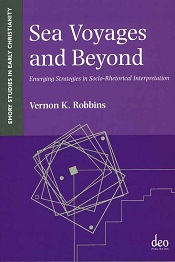 The Invention of Christian Discourse (vol. I) is the first book in a major new series entitled the Rhetoric of Religious Antiquity. This opening volume displays how the New Testament was the product of religious thought, belief, and practice during the Hellenistic-Roman period of Mediterranean Antiquity. Building on an Israelite-Jewish heritage, first century Christians reconfigured Mediterranean philosophical, mantic (divine communication) and ritual streams of tradition into their own religious forms of discourse. This volume explores the special nature of first century Christian wisdom, prophetic, and apocalyptic discourse in contexts of diversity, multiplicity, violence, and uncertainty that share astonishing similarities with our world at the beginning of the twenty-first century.