Hell: The Logic Of Damnation 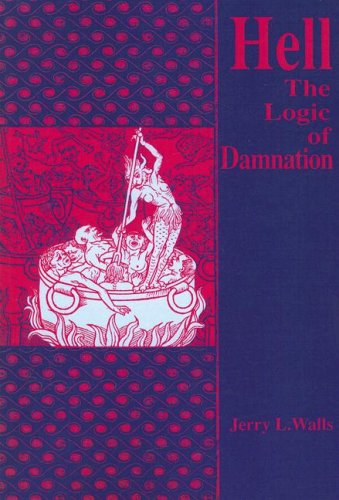 Genuine concern about hell seems to be lost in our past, along with powdered wigs and witch trials. Although the doctrine has held a significant place in most traditional theology, probably no part of the Christian creed has been so widely abandoned, especially by theologians. Recently, however, there has been renewed interest in the doctrine, and theologians have been pressed to deal with it. Jerry L. Walls argues in this book that some traditional views of hell are still defensible and can be believed with intellectual and moral integrity. Focusing on the issues from the standpoint of philosophical theology, Walls explores the doctrine of hell in relation to both the divine nature and human nature. He argues, with respect to the divine nature, that some traditional versions of the doctrine are compatible not only with God's omnipotence and omniscience, but also with a strong account of His perfect goodness. The concept of divine goodness receives special attention since the doctrine of hell is most often rejected on moral grounds. In addition, Walls maintains that the doctrine of hell is intelligible from the standpoint of human freedom, since the idea of a decisive choice of evil is a coherent one. Finally, the book addresses ontological questions: what is the nature of the suffering in hell? Is it only psychological and emotional, or does it also include a physical dimension? Informed by historical theology and Biblical interpretation, as well as philosophical theology, Walls concludes by arguing that the traditional doctrine of hell should not be abandoned unless the case against it is clear and compelling, both scripturally and philosopically. Because it involves claims of such immense importance, he continues, regardless of whether it is reclaimed of discarded, it cannot be responsibly ignored.