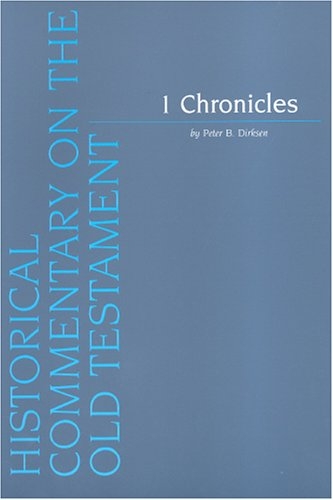 During the last few decades there has been a growing scholarly interest in the Book(s) of Chronicles, which resulted in a respectable number of commentaries in various languages. Yet, the book remains inviting for further study and research. The present commentary is a result of it. It attempts to understand the Book of Chronicles as an expression of the author's religious conviction and piety in the context of the late Persian period, which provided him with the reason and stimulans for writing this work as a religious appeal to his readers. His (assumed) intention is determinative of both the contents and the structure of the work, and in a number of cases contributes to a better understanding of smaller textual units. An extensive introduction deals among others with the writer's purpose and with some themes which occur throughout the book.