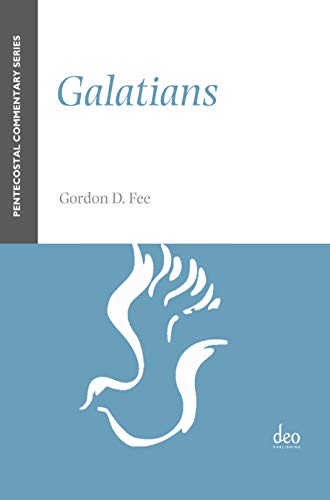 An introduction situating Paul’s letter in time and space is followed by a detailed discussion of each section of the letter, verse-by-verse commentary, and a theological discussion with challenging ques­tions for individual or group study. From the Introduction: Luther and Calvin tended to read the letter as having primarily to do with justification by works or by faith. But that is decidedly not the matter that called forth this letter, which is stated most clearly in one of the opening sentences of the argument proper: “Having begun by the Spirit, are you now trying to finish by means of the flesh?” (1:3), where “flesh” is a play on words, referring to literal circumcision of the flesh as the primary issue regarding their “keeping” the law. At issue throughout the letter is not the question, “How are people saved?” (to use contemporary language) but whether people who are already “saved” also need to practice specific aspects of the Jewish law. The concern, then, is not how one begins life in Christ, but whether, once begun, one must also add these aspects of the law to be completed in one’s faith in Christ.

June 27, 2019 5 5
Surprisingly deep in detail given the page count. As one would expect from Fee, the role of Spirit is a primary focus of this volume. The introduction is a bit on the short side, avoiding some of the debates about dating and location of recipients and other secondary/tertiary issues. Exposition gives an overview of the pericope followed by more detailed interpretation on a single verse or a few verses together. Greek words are not transliterated, but there isn't a lot of analysis of syntax or text critical items. Overall, a very good commentary for pastors or students.
Marcus Maher

January 20, 2013 5 5
Unfortunately, Gordon Fee's commentary on Galatians very quickly ceased to be sold on Amazon and scarcity has made the used market get out of hand. You can still find it somewhat reasonably at CBD. This one comes in a little longer than Hays and a little shorter than Dunn. Fee is his usual self here. You can't box him in or label him as either traditional or NPP. He seems to be a bit of both. Just when you think that he's going down the New Perspective path in chapter 2, he explains the works/faith contrast in very traditional terms. No surprise, Fee is by far the best on the Holy Spirit in Galatians, a central theme. His comments on the Spirit were critical in helping me see how the whole letter worked together (the Holy Spirit is a more important theme in Galatians than justification by faith). His comments were so penetrating that at times I found myself wanting to quote him by the paragraph (I actually did, once). At every point his exposition was careful, and even where I disagreed (like on his understanding of pistis Christou) he forced me to wrestle with what he had written. It's definitely a good one to consult and think it would be a favorite among those who largely favor a more traditional interpretation of Paul. [Full Review]
Jeremy Pierce (parableman)

March 28, 2010 4.5 5
Gordon Fee's recent commentary in the Pentecostal Commentaries series is very good. Fee has an outstanding reputation as a commentator, for good reason. He's one of the most respected Pauline scholars of our day, and he's especially pastorally-minded. One element Fee contributes that doesn't occur quite as much in the other commentaries I've spent a lot of time in is in the overall flow of thought of the epistle. He's constantly considering smaller passages in the light of the general train of thought Paul has over the course of the letter, and he's particularly good at the kind of structural issues that Bruce tends to be weaker on. He's also theologically stronger than Bruce, especially on the matters he's spent the most time thinking about, which includes christology and pneumatology. Galatians is particularly important on the Holy Spirit, so it's nice to have Fee on this book for that alone. On historical issues, I'm less convinced by Fee's reconstruction of events than I am of Bruce's, but he himself doesn't seem as confident of his approach as some do. He does insist on the historicity of both Galatians and Acts, unlike some who depart from the more traditional approach represented in Bruce. On New Perspective issues, he strikes me as trying to maintain a moderating approach between the traditional Protestant view and the New Perspective. I tend to think he's moderated too much away from the traditional approach. Given my criticism of Bruce on Gal 3:28, I should say that Fee does not make the same mistake, even though he's strongly committed to egalitarianism. He rightly insists that egalitarians who try to extend its use to issues beyond the gospel itself are going beyond what the text says. Given that this is from a series many people might not be familiar with, it's worth pointing out that this isn't intended to be an exhaustive commentary series, with lots of technical exegetical details, but it's also not just an applicational commentary or something like that. Fee himself might bemoan the fact that Pentecostals aren't as well-represented in biblical studies as he'd like, and Pentecostals sometimes have a bad reputation of focusing mostly on application at the expense of careful exegesis. But potential readers shouldn't let those facts discourage them from purchasing or reading this commentary. Fee does include most of the major issues that should come up in exegetical discussion, just not with exhaustive coverage of every option or with the level of detail you'll find in a more academic commentary. [Full Review]