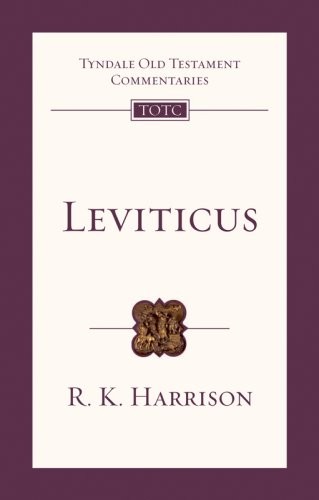 July 31, 2019 3 5
It is very difficult to create a helpful or even a readable commentary on Leviticus. Dr. Harrison has made a fine effort that falls a bit short of unqualified success. The volume is in some ways explanatory rather than expository and glosses over difficult passages with an idea that we should just trust the biblical account. The introduction is a solid if slightly simplistic conservative rebuttal of various forms of criticism to which the Pentateuch and its third book have been subjected by critics for the last few centuries. The meat of the book is the first half where the author does a fine job of explaining the various sacrifices in language even a layman can understand. He also ties the text to the New Testament which is a solid teaching principle for a Christian work, but here it seems a bit forced and sometimes repetitive. For a student with little knowledge of the Jewish sacrificial rituals this is a helpful section indeed. The Laws that generally form the second half of the book are also explained but in a way that is often merely a slight rewording of the text followed by simplistic comment or two and a repeat of an already worn link to the New Covenant. Again the idea is solid, but it would have been twice as effective if done half as often. To be fair there are some later chapters that are more informative, but most often they simply have pat answers that avoid the actual questions a learner would ask. As a part of a commentary series, this is a volume worth reading. It would be tough to recommend it as a stand alone volume when better choices seem to be available. If you already possess the Tyndale series or have access to it in a library and have limited knowledge of the sacrifices of the Old Covenant, the commentary on the first half of the book is quite instructive.
JD

May 10, 2017 4 5
Very helpful, and yet still concise look at Leviticus. I appreciated Harrison's explanations of the many somewhat confusing rituals and rites.
Tim Challies

February 25, 2013 4.9 5
The Tyndale Old Testament series is intended to be concise. Harrison’s volume reflects that concision with a page count of only 254. The series is not only concise, but also very readable, so this may well be the best choice for someone who wants only one commentary, and one that is written with a general audience in mind. At the very least, it may well be a great place to begin to get an overview of the book. [Full Review]
R. Hansen

August 25, 2009 4 5
This commentary has a surprisingly lot of detail for such a small commentary (though its small print means it is also longer than it looks). It is well written and easy to understand. Like Wenham he is always concerned to think about New Testament implications for each section. Harrison, unlike Wenham, leans more to the view that health was perhaps the major reason for the clean/unclean distinctions. This is a good commentary for pastor and student to consult if it is handy.
Jeremy Pierce (parableman)

August 7, 2009 3 5
R.K. Harrison's TOTC (1980) is probably not as helpful as it once was. It has become seriously out of date. While this is true of Wenham, there is much more substance to Wenham, which in some ways is a model commentary. This commentary was for a long time very important to more academically-minded evangelicals. His works in general have fostered a more responsible and eventually more respected sort of conservatism as evangelicals have gradually submitted their work to more mainstream evaluation in the academy. This commentary's place in that general scheme makes it worth looking at, since much of what Harrison is up to is arguing for more conservative views that need much less argument for evangelicals today. Philip Jenson puts Harrison in the category of commentaties that "descend too quickly to allegory, apologetics or medical materialism". It's unclear to me how much of that he thinks Harrison himself does, since he may just think he does one of those things. [Full Review]
Jim Rosscup