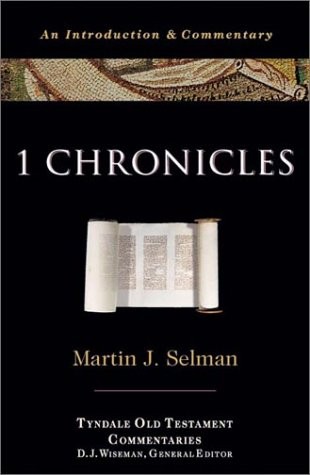 1 Chronicles: An Introduction and Commentary

2 Chronicles: An Introduction and Commentary

August 29, 2019 3 5
Jewish thought says that the Pentateuch is the most important work ever written. It is followed by the Prophets as lesser but still God inspired works. The Writings come after this and are inspired but not at the level of the Prophets. In fact some have suggested that Chronicles is the half step between TaNaK and Midrash. Since Samuel and Kings > Chronicles, there are no problems with contradictions. Samuel and Kings always trumps Chronicles unless there are questions of textual errors. The conservative Christian commentator doesn't have this option. Here our instructor often feels obliged to defend the Chronicler in an effort at rehabilitation even when something is clearly amiss between the two accounts of Jewish history. Another thing that the Chronicler loves to do is quote from the vast corpus of the Old Testament. Since it is highly likely that Chronicles was the last OT book written, there are plenty of references and allusions to be tracked. Our commentator tracks down every one and thousands that the Chronicler never imagined. As an educated guess there are 20,000 references intermingled with the words of the commentary. This is a huge problem as there are pages where the references take up more space than the words. Many sentences are so divided by numbers and abbreviations for books of the Bible that they are completely unreadable. One page on Solomon had over 100 references. It reminded me of a math text book that put equations into every sentence. To step into the positive, the introduction is great. The time and place of the Chronicler along with his message of hope, David covenant and extreme importance of the Temple are all well explained. When readable, the commentary has some solid points and is well intentioned. The only problem is that every passage and verse are given equal weight so the simplest and the most complex issues are treated to the same verbiage. This results in simple passages being repeatedly restated and explained at a level below that of a study Bible. Overall the author's dedication to the Chronicler and the introduction are remarkable, but the twin issues of unreadablity due to sentences interrupted by endless references and some commentary being very low level make this hard to recommend by itself. As part of the complete series, the introduction is well worth reading and separate commentary passages might be worth consulting.
Tim Challies

July 22, 2013 4.9 5
I always try to include one commentary that is written specifically for the general reader and makes a good introductory commentary. Selman’s contribution to the TOTC fits the bill. Keith Mathison says, “As with many other commentaries in the Tyndale series, Selman’s work is clear and concise without being simplistic. This is a good place to begin for laymen who are looking for a basic introduction to the books.” [Full Review]
John Glynn

August 24, 2008 4.5 5
As with many other commentaries in the Tyndale series, Selman's work is clear and concise without being simplistic. This is a good place to begin for laymen who are looking for a basic introduction to the books. [Full Review]
Brian LeStourgeon

July 29, 2008 4.5 5
Selman’s volumes, though small, are insightful and useful. Moreover, they are concerned with meaning rather than synoptic analysis (though it is utilized).
Brian LeStourgeon

July 29, 2008 4.5 5
Selman’s volumes, though small, are insightful and useful. Moreover, they are concerned with meaning rather than synoptic analysis (though it is utilized).
Denver Seminary OT Bibliography