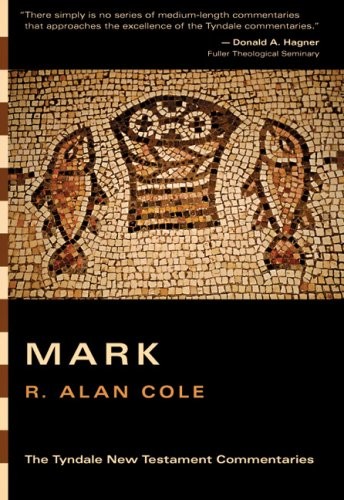 July 11, 2020 4 5
A fine commentary that was largely devotional but had some academic aspects as well. Mark seems like it could be a tough Gospel to write about as it can be eclipsed by the other three. In fact, the early church largely ignored it. Here we have a fine intro and solid commentary. Given that Mark was likely written for Rome which was a massive mission field for both Peter and Paul, having this commentary written by a missionary was an excellent decision. This feeling of mission work in the third world adds impact to many parts of the commentary. The world as we know it didn't exist inside the sometimes brutal Roman Empire and sometimes the seeming chaos of the third world makes for a better backdrop than our skyscrapers and Lamborghinis. One interesting idea was that the author chose three somewhat representative commentaries to interact with. The broad spectrum of their opinions gave an interesting foil to the fairly conservative stance of the commentary.
Tim Challies

February 13, 2013 4.8 5
This is the most concise of the commentaries listed here (though it is still 340 pages) and will necessarily be limited by its size. However, smaller, more readable commentaries do have their place and the experts agree that this one is an excellent addition to any library. This or Edwards’ volume would likely be the best choice for the non-pastor. [Full Review]
Jim Rosscup

July 8, 2008 4 5
The Tyndale commentaries are non-technical and introductory level commentaries, but they are surprisingly consistent in their high level of quality. Cole's commentary on Mark is a good example. [Full Review]