The Message of Ruth

The Message of Ruth David Atkinson 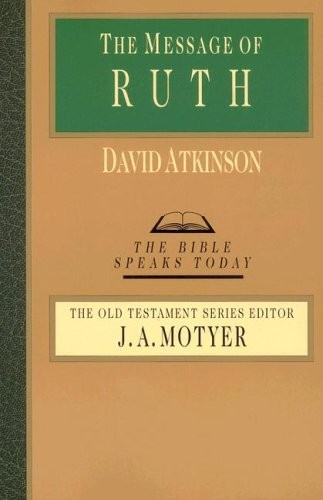 The book of Ruth is a tale of charm and delight. Goethe called it "the loveliest complete work on a small scale, handed down to us as an ethical treatise and an idyll." Another writes, "No poet in the world has written a more beautiful short story."The book tells about very ordinary people facing very ordinary events. We meet Naomi, who underwent hardship in famine and bereavement but eventually won peace and security. We meet Ruth, a young foreign woman from Moab who attached herself to her mother-in-law, Naomi, and to Naomi's God. And we meet Boaz, who by marrying Ruth fitted into God's purpose's for history. Both King David and Jesus are numbered among their descendants.Theologically the story of Ruth is a story about God's providence. This David Atkinson demonstrates clearly in his passage-by-passage exposition.