The Epistle to the Romans, Revised

The Epistle to the Romans, Revised Charles K. Barrett 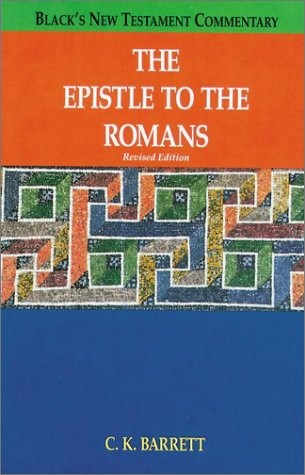 Since its appearance nearly 35 years ago, Black's New Testament Commentary Series has been hailed by both scholars and pastors for its insightful interpretations and reliable commentary. Each book in the series includes: an insightful introduction to the important historical, literary, and theological issues; key terms and phrases from the translation highlighted in the commentary where they are discussed; explanations of special Greek or foreign terms; references to important primary and secondary literature; and a Scripture index.C. K. Barrett's exegetical prowess, evidenced most distinctly in his volumes on the First and Second Epistles to the Corinthians, also in the Black's series, has long been appreciated in the world of biblical studies. Now, in his long-awaited, newly revised, verse-by-verse exposition of The Epistle to the Romans Barrett further enhances our understanding of the book of Romans, early Christianity, the apostle Paul and his theology, and the New Testament. This revised edition has been reworked, updated, and retypeset, and the inclusion of an index of ancient sources further adds to its usefulness. A master of thoroughness, historical backgrounds, and ancient languages, Barrett offers insights for scholars, ministers, students, and anyone who wants to know more about Paul's Epistle to the Romans.