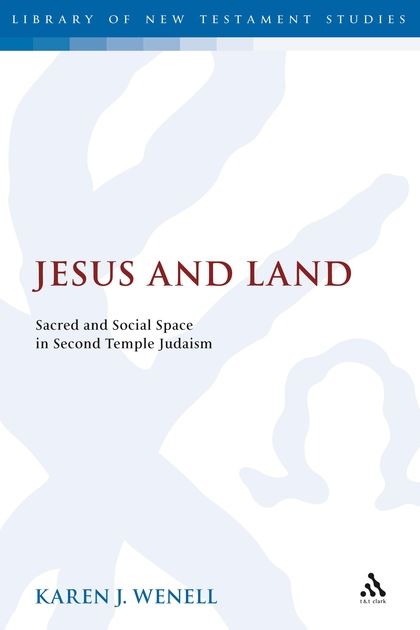 Beliefs about land, or the Abrahamic land promise, were an important part of Second Temple Judaism. Within the Roman Empire, the reality of life for Jews 'in the land' was different from the experience of Jews in the Diaspora. Among the diverse expressions of Judaism that flourished in the land prior to the revolt, there are indications that Jesus, like other groups, paid attention to the relationship between God, people and land. However, there are marked differences between Jesus' millenarian vision of sacred space and that of other groups at that time. The methodology employed in Wenell's study views religious space as having both sacred and social aspects and draws upon insights from sociology and social anthropology. It focuses on three main areas, all of which are relevant to beliefs about 'the land': temple, purity and the twelve. A comparative approach with other first century groups reveals Jesus as a prophetic type of figure who does not focus on a temple as the centre of God's kingdom, nor on purity as the means of maintaining group identity in the sacredness of the land. Instead, Jesus takes up land imagery in calling a group of twelve disciples in a prophetic and symbolic action with implications for Jesus' vision of sacred space and the social organization of that space. Both positively and negatively, Jesus' attitude toward the three areas of temple, purity and twelve points to unique aspects of his message and to distinctive beliefs poignantly relevant to the Abrahamic promise of the land.