Echoes of a Prophet: The Use of Ezekiel in the Gospel of John and in Literature of the Second Temple Period

Echoes of a Prophet: The Use of Ezekiel in the Gospel of John and in Literature of the Second Temple Period Gary T. Manning Jr. 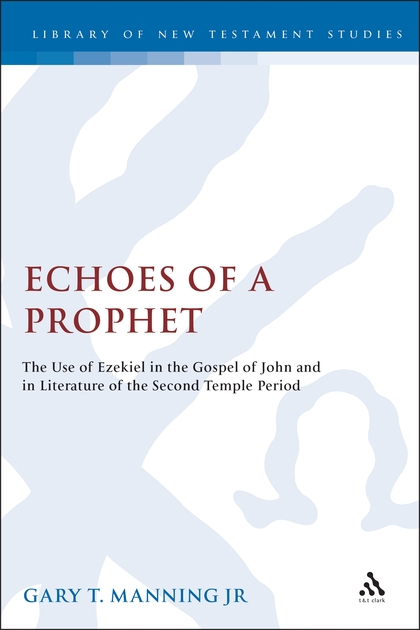 Echoes of a Prophet examines intertextual connections to Ezekiel found in John and in Second Temple literature. The Dead Sea Scrolls contain many allusions to a number of Ezekiel's oracles, while other Second Temple works refer to only a few of Ezekiel's oracles, and those only rarely. In each case, Manning examines the evidence for the presence of the allusions, studies the implied interpretational methods, and comments on the function of the allusion in advancing the author's ideas. He also analyzes John's allusions to Ezekiel: the good shepherd, the vine, the opened heavens, imagery from the "dry bones" vision, and water symbolism. He observes that John has a few unique tendencies: he alludes to all five of Ezekiel's "oracles of hope" and primarily uses that imagery to describe the giving of the Holy Spirit and new life through Jesus.