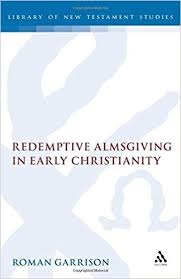 In the light of the New Testament's conviction that Jesus Christ died for sins, and that the Cross is a 'once for all' act that makes the Temple cult unnecessary, this challenging work probes the reasons for the emerging doctrine of redemptive almsgiving in early Christianity. Do the New Testament writers themselves (even Jesus!) implicitly endorse the view that a 'supplementary' or alternative means of atonement is necessary? What is the background of this theme in Graeco-Roman sources and in the Hebrew Bible? What are the principal texts in early Christian literature that advocate almsgiving as a 'ransom' for sin? These questions firmly govern this investigation of the social and theological forces that gave legitimacy to a doctrine that at first appears to contradict the primary New Testament soteriology, namely that the death of Jesus Christ is the exclusive means of redemption from sin.