Ireland and the Reception of the Bible: Social and Cultural Perspectives 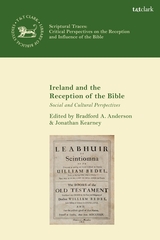 The chapters challenge the perception in the minds of many that the Bible is a static book with a fixed place in the world that can be relegated to ecclesial contexts and perhaps academic study. Rather, as this book shows, the role of the Bible in the world is much more complex. Nowhere is this clearer than in Ireland, with its rich and complex religious, cultural, and social history. This volume examines these very issues, highlighting the varied ways in which the Bible has impacted Irish life and society, as well as the ways in which the cultural specificity of Ireland has impacted the use and development of the Bible both in Ireland and further afield.