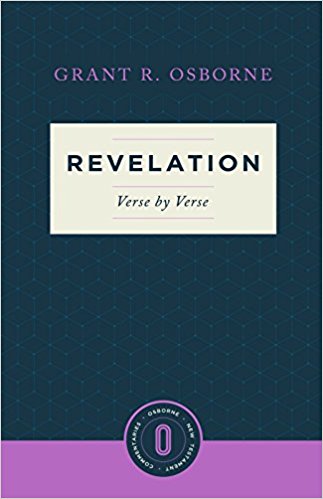 Revelation is like no other book in the New Testament. Its bizarre images need explaining even for seasoned Bible readers, but when we turn to biblical scholars we find that they don't all agree.

In Revelation Verse by Verse, Grant R. Osborne offers a clear exposition of the book that takes seriously both its first-century context and what it means today. Where he disagrees with other interpretations of particular images, he briefly mentions them but remains focused on the text throughout. Rather than being a book that stirs up fear, Revelation is instead a hopeful and even devotional book, focused on the certainty of God's bringing his plans to completion, the futility of Satan and his plans, and the glory of the Lamb.

Revelation Verse by Verse is the first volume in the Osborne New Testament Commentaries, a new series from noted Bible scholar Grant R. Osborne directed toward pastors and committed laypeople.

5 out of 5 based on 1 user ratings
putneycj

December 19, 2018 5 5
Excellent resource for pastors and laymen alike. Osborne deals with the text in a way that is both pastoral and technical. I highly recommend this book to anyone looking for deeper engagement with Revelation as well as any pastor preaching in the book!