In Search of Ancient Roots: The Christian Past and the Evangelical Identity Crisis

In Search of Ancient Roots: The Christian Past and the Evangelical Identity Crisis Kenneth J. Stewart 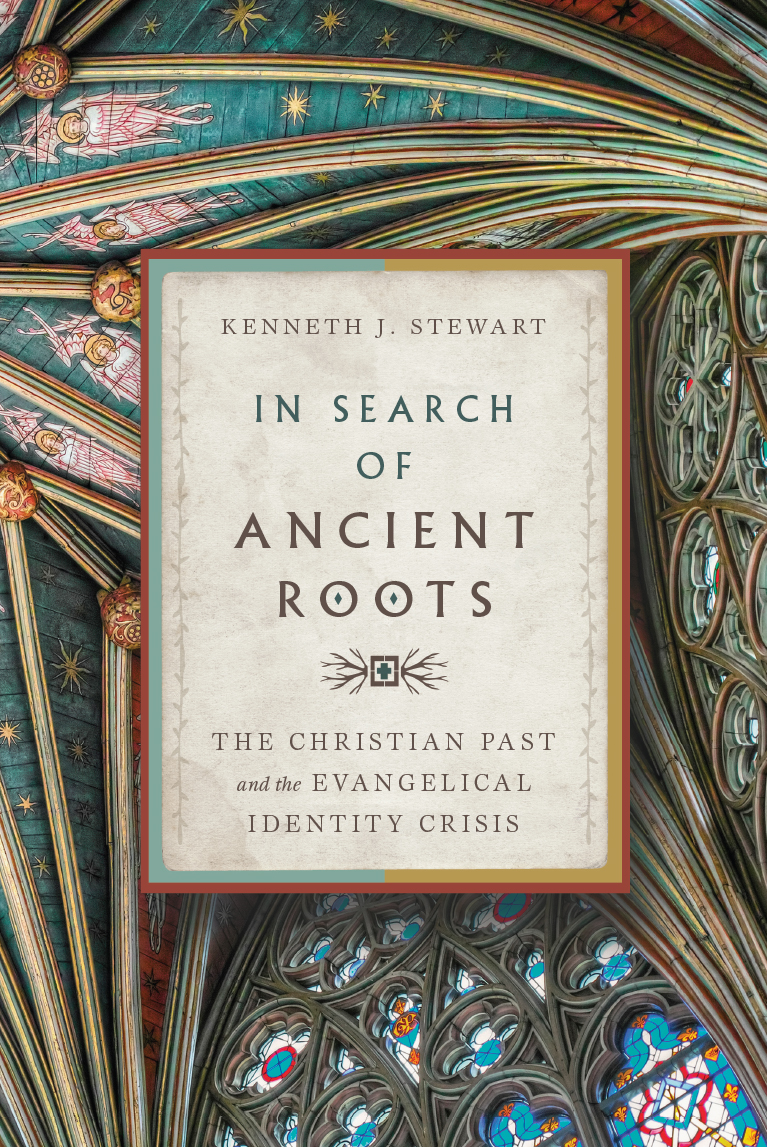 Protestant evangelicalism is in crisis.

Today it is increasingly difficult for Protestants to identify what counts as distinctively Protestant, much less what counts as evangelical. As evangelicals increasingly lose contact with the churches and traditions descending from the Reformation, and as relations with Roman Catholicism continue to thaw, it becomes harder to explain why one should remain committed to the Reformation in the face of perceived deficits and theological challenges with the Protestant tradition.

A common complaint about Protestant evangelicalism is its apparent disconnect from ancient Christianity. The antiquity and catholicity of Roman Catholicism and Eastern Orthodoxy seem to outshine the relative novelty of the Reformation. Some evangelical churches appear to be uninterested in the ancient historical roots of their faith as well as being liturgically and doctrinally unstable. Many within evangelicalism seem to have accepted at face value the suggestion that the evangelical faith is no more than a threadbare descendant of ancient Christianity. The result is that a number of younger Protestants in recent years have abandoned evangelicalism, turning instead to practices and traditions that appear more rooted in the early church.

In Search of Ancient Roots examines this phenomenon and places it within a wider historical context. Ken Stewart argues that the evangelical tradition in fact has a much healthier track record of interacting with Christian antiquity than it is usually given credit for. He surveys five centuries of Protestant engagement with the ancient church, showing that Christians belonging to the evangelical churches of the Reformation have consistently seen their faith as connected to early Christianity. Stewart explores areas of positive engagement, such as the Lord's Supper and biblical interpretation, as well as areas that raise concerns, such as monasticism.

In Search of Ancient Roots shows that evangelicals need not view their tradition as impoverished or lacking deep roots in the tradition. Christian antiquity is the heritage of all orthodox Christians, and evangelicals have the resources in their history to claim their place at the ecumenical table.