God's Equal: What Can We Know About Jesus' Self-Understanding?

God's Equal: What Can We Know About Jesus' Self-Understanding? Sigurd Grindheim 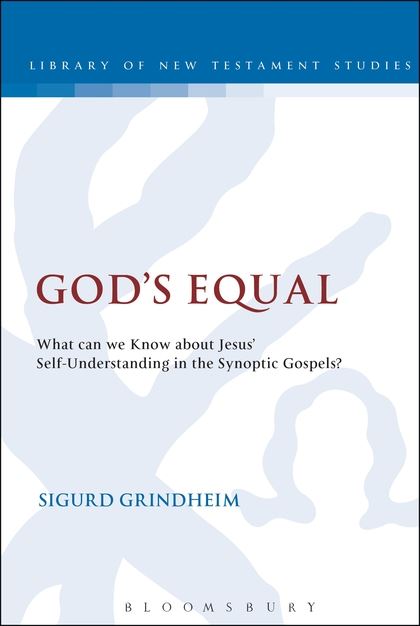 This is an examination of Jesus' claims in the gospels to be 'God's Equal' with reference to the historical Jesus and the Christology of the early church. In this book Sigurd Grindheim argues that Jesus implicitly claimed to be God's equal and that the Synoptic Gospels on the basis of these claims developed their Christology of Jesus as God's Son. The argument unfolds through analysis of the gospel accounts regarding Jesus' claims to inaugurate the kingdom of God, his understanding of his miracles, his forgiveness of sins, his expectation to be the ultimate judge of all the world, his claim to speak with an authority that matches that of the Mosaic law, the absolute demands he made to his disciples, and his appropriation for himself of metaphors that in the Scriptures of Israel were exclusively used of YHWH. Furthermore Grindheim traces these claimes back to the Historical Jesus. Through a comprehensive examination of the primary sources, Grindheim argues that Jesus' claims go beyond the claims made on behalf of human and even angelic beings within Second Temple Judaism. Jesus presents himself in a role that in a Jewish context was reserved for YHWH. Formerly the Journal for the Study of the New Testament Supplement , a book series that explores the many aspects of New Testament study including historical perspectives, social-scientific and literary theory, and theological, cultural and contextual approaches. The Early Christianity in Context series, a part of JSNTS, examines the birth and development of early Christianity up to the end of the third century CE. The series places Christianity in its social, cultural, political and economic context. European Seminar on Christian Origins and Journal for the Study of the Historical Jesus Supplement are also part of JSNTS .