Preaching the New Testament as Rhetoric: The Promise of Rhetorical Criticism for Expository Preaching

Preaching the New Testament as Rhetoric: The Promise of Rhetorical Criticism for Expository Preaching Tim MacBride 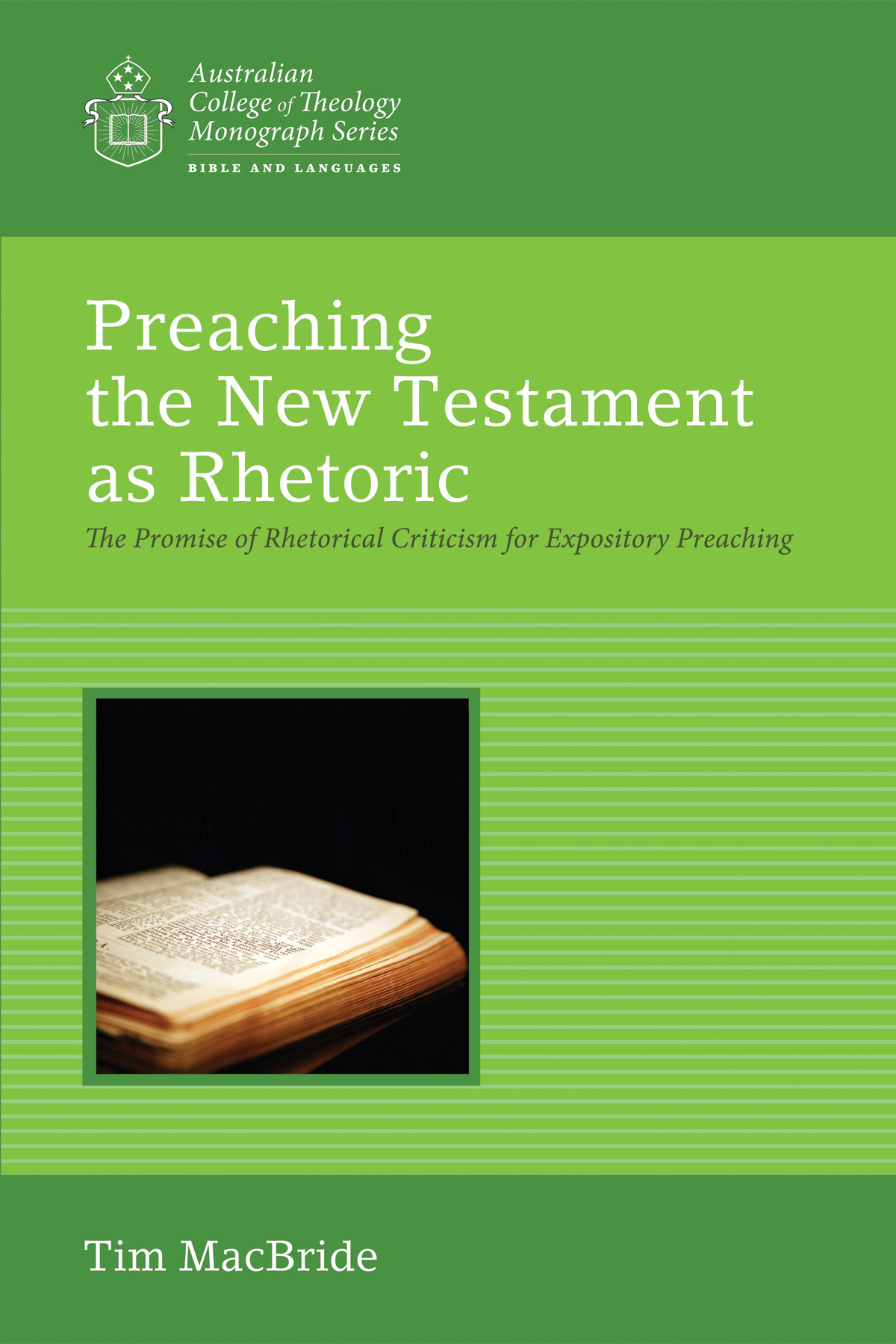 In Preaching the New Testament as Rhetoric, MacBride looks how at the discipline of rhetorical criticism can help preachers discern the function of a New Testament text in its original setting as a means of crafting a sermon that can function similarly in contemporary contexts. Focusing on the letters of Paul, he shows how understanding them in light of Greco-Roman speech conventions can suggest ways by which preachers can communicate not just the content of the letters, but also their function. In this way, the power of the text itself can be harnessed, leading to sermons that inform and, most importantly, transform.