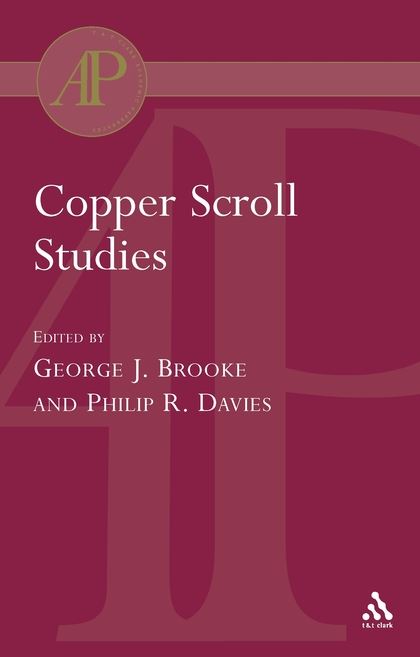 This book contains the papers delivered at the 1996 Copper Scroll Symposium which was organized by the Manchester-Sheffield Centre for Dead Sea Scrolls Research to mark the 40th Anniversary of the opening of this enigmatic scroll in Manchester. The papers cover the history of the Scroll's interpretation (P. Muchowski, P. Davies, B. Segal, M. Wise); how it should be conserved, restored and read (N. Cacoudre, M. Lundberg, E. Puech); how it was produced (P. Kyle McCarter); the meaning of its technical terms (J.F. Elwolde, A. Lange, J. Lefkovits, J. Lubbe, L. Schiffman); its genre (M. Bar-Ilan, R. Fidler, T. Lim); its geography (P.S. Alexander); its correlation with archaeological remains (H. Eshel); and not least who wrote it, when and why (S. Goranson, I Knohl, H. Stegemann, B. Thierine, A. Wolters) with an Introduction by G. Brooke. This is volume 40 in the Journal for the Study of Pseudepigrapha Supplement series.