Thunder in Gemini and Other Essays on the History, Language and Literature of Second Temple Palestine

Thunder in Gemini and Other Essays on the History, Language and Literature of Second Temple Palestine Michael Owen Wise 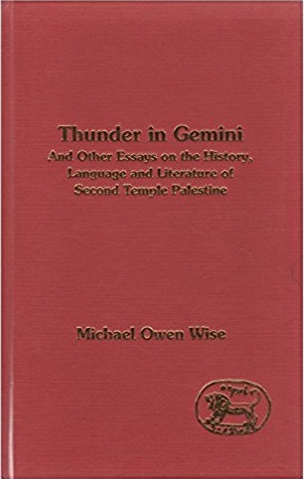 Six essays, by one of the leading scholars of Aramaic and The Dead Sea Scrolls of his generation, cover a wide range of topics, including the first detailed study of 4Q318, a Brontologion from Qumran, an interpretation of an inscribed sherd from Masada mentioning "Ananias bar Nedebaios", a study of scribal practice and the dating of Qumran documents, a reconsideration of the "miqdash 'adam" of 4QFlorilegium, and an analysis of two calendrical texts from Qumran. These essays lay the foundation for a new understanding of the origin and character of the Scrolls.