Knowing the End From the Beginning: The Prophetic, Apocalyptic, and their Relationship

Knowing the End From the Beginning: The Prophetic, Apocalyptic, and their Relationship 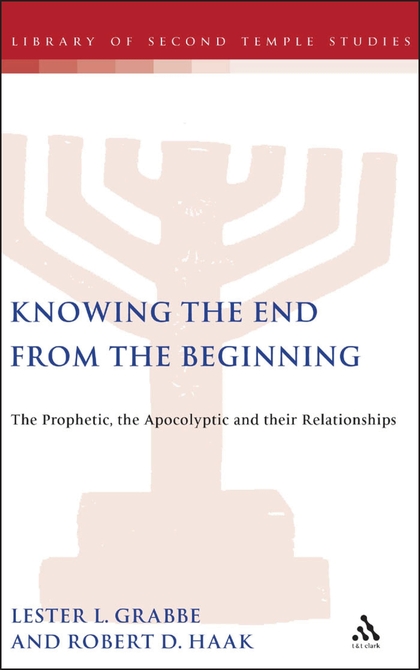 Much has been written on prophecy and apocalyptic in recent decades, but the relationship between the two has been little explored. A major explicit debate on the question is very much needed and is now provided here. This collection of essays addresses the subject from a variety of points of view, including the issues of definitions, ancient Near Eastern 'prophecies', social anthropology, place of the temple, and modern apocalyptic movements. The Introduction summarizes the individual essays and then engages the contributors in a debate on the main points relevant to the topic. It argues that many scholars operate with subconscious assumptions about how apocalyptic writings relate to the prophetic writings but that many of these assumptions now need to be questioned in the light of the essays in this volume. Such a comprehensive attempt to tackle the main theoretical issues arising from the study of the prophetic and the apocalyptic has not been attempted for some time. Most of the contributors are already well known for their contribution to scholarship on prophecy, apocalypticism, or both. This volume brings fresh questions and insights that both specialists and students will want to consider.