Normative and Sectarian Judaism in the Second Temple Period 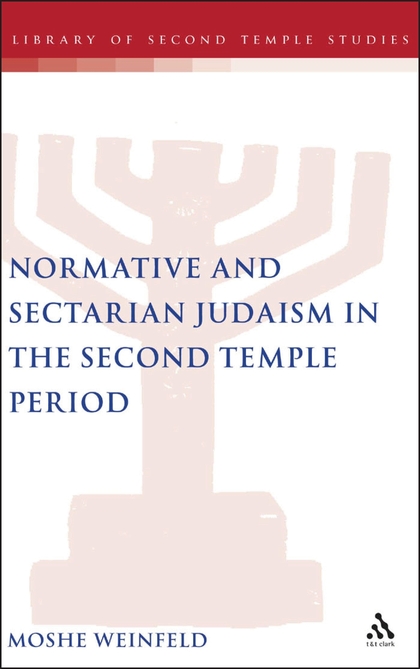 The book brings together the essays on Second Temple Judaism by Moshe Weinfeld, one of the leading figures in comparative literature and the history of religion in ancient Near Eastern studies. This integrated collection centers on the religious debates within Second Temple Judaism between the sectarian Qumran community and the Pharisees. It examines topics such as liturgy, law, theology and ideology; issues that established Jewish religious forms for normative, Rabbinic Judaism. It also sets these debates in the broader context of texts and ideas from the Bible and ancient Near East texts on one hand and the New Testament and Rabbinic Judaism on the other.

The book comprises four sections. The first, 'Prayer and Worship' analyzes constitutive ideas reflected in the definitive prayers of Qumran and Pharisaic liturgy. The second, 'The Qumran Scrolls' engages various legal and hermeneutic issues in the literature of the Qumran sect. Section three, 'Theology and Ideology' treats a group of foundational Jewish concepts from the historical point of view. The final section 'The New Testament' brings several basic concepts and conceptions of Judaism into New Testament context.