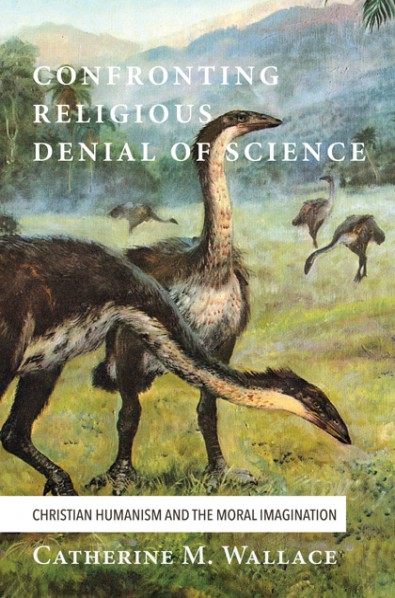 Confronting Religious Denial of Science: Christian Humanism and the Moral Imagination traces the cultural backstory of contemporary conflicts between biblical literalists who oppose evolution and "New Atheists" who insist that religion is so pernicious it should be outlawed, if not exterminated. That's a clash of fundamentalisms. It's a zero-sum game derived from high Victorian misunderstanding of both religion and science. The God whom science supposedly replaces is the Engineer Almighty sitting at his keyboard, controlling every event on earth. But that's not a viable concept of God. Far better, Wallace argues, to understand Christianity in Clifford Geertz's terms as a system of symbols that both constitutes a worldview and, according to David Sloan Wilson, encourages prosocial behavior. That reframing makes it possible to reclaim what biblical scholars have said for decades: the miracles of Jesus were confrontational symbolic actions. They contradicted the political status quo in colonial Palestine, not the laws of biology. Prayer, she explains, is not magical thinking. It's a creative, highly disciplined introspective process, most familiar to many people in forms like mindfulness meditation. Wallace offers an intriguing exploration of issues that believers seldom discuss in ways that make sense to the religiously unaffiliated.