Reversing Hermon: Enoch, the Watchers, and the Forgotten Mission of Jesus Christ 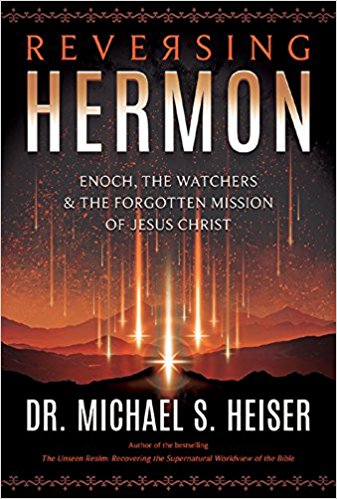 Reversing Hermon is a groundbreaking work. It unveils what most in the modern Church have never heard regarding how the story of the sin of the Watchers in 1 Enoch 6-16 helped frame the mission of Jesus, the messiah. Jews of the first century expected the messiah to reverse the impact of the Watchers transgression. For Jews of Jesus day, the Watchers were part of the explanation for why the world was so profoundly depraved. The messiah would not just revoke the claim of Satan on human souls and estrangement from God, solving the predicament of the Fall. He would also not only bring the nations back into relationship with the true God by defeating the principalities and powers that governed them. Jews also believed that the messiah would rescue humanity from self-destruction, the catalyst for which was the sin of the Watchers and the influence of what they had taught humankind. The role of Enochs retelling of Genesis 6:1-4 in how New Testament writers wrote of Jesus and the cross has been largely lost to a modern audience. Reversing Hermon rectifies that situation. Topics include: understanding Genesis 6:1-4 and the Sin of the Watchers in Their Original Context; how the ancient Mesopotamian story of the apkallu aligns with Gen 6:1-4, was preserved in 1 Enoch, and sets the stage for the theme of reversing the evil of the Watchers; how the theme of reversing the transgression of the Watchers colors the gospel accounts of the birth of Jesus, his genealogy, and his ministry; how the writings of Peter and Paul allude to the sin of the Watchers and present Jesus as overturning the disastrous effects of their sins against humanity; and how the descriptions of the antichrist, the end-times Day of the Lord, and the final judgment connect to Genesis 6 and the nephilim