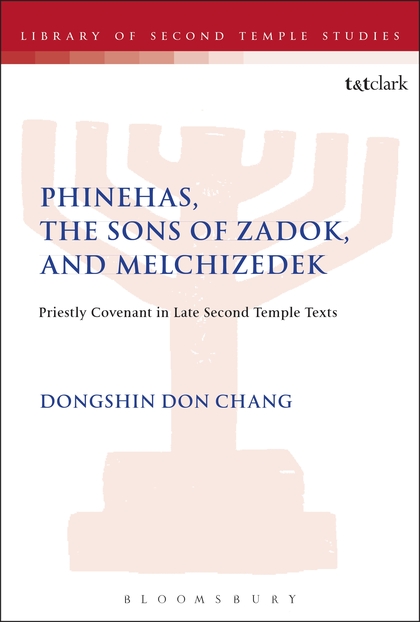 Dongshin Don Chang examines 1 and 2 Maccabees, the Dead Sea Scrolls, and Hebrews to see how the combined concepts of covenant and priesthood are defined and interlinked within various biblical and extra-biblical traditions. The three studies show the interesting and varying dynamics of the use of combined concepts of covenant and priesthood. The articulations of the two entities are shown to reflect, in part, the concern of the Second Temple Jewish authors; how significant the priestly institutions and priesthood were, not only in cultic matters, but also in relation to political and authoritative concerns.

Chang's analysis makes clear that some of the Second Temple compositions have pursued ideas of the legitimacy of priestly identities by juxtaposing the concepts of covenant and priesthood from various traditions. Interpretation and representation of certain traditions becomes a way in which some Second Temple Jews, and some members of the early Jewish Christian communities, developed their priestly covenantal identities. It is with an understanding of this, Chang argues, that we can better understand these Second Temple texts.