Paul and Roman Law: The Luck of the Draw in "Reading Acts in the Discourses of Masculinity and Politics"

Paul and Roman Law: The Luck of the Draw Bruce W. Winter 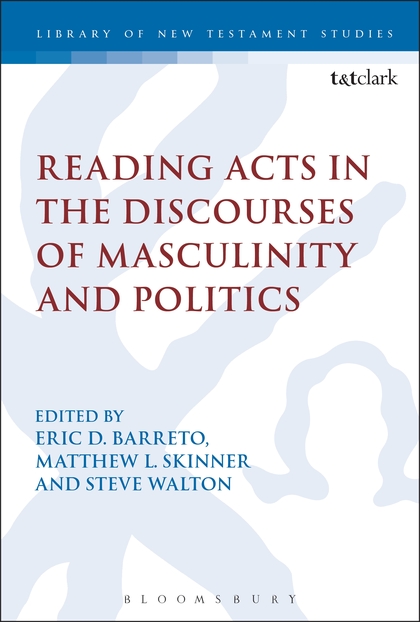 This book looks at the Acts of the Apostles through two lenses that highlight the two topics of masculinity and politics. Acts is rich in relevant material, whether this be in the range of such characters as the Ethiopian eunuch, Cornelius, Peter and Paul, or in situations such as Timothy's circumcision and Paul's encounters with Roman rulers in different cities. Engaging Acts from these two distinct but related perspectives illuminates features of this book which are otherwise easily missed. These approaches provide fresh angles to see how men, masculinity, and imperial loyalty were understood, experienced, and constructed in the ancient world and in earliest Christianity.

The essays present a range of topics: some engage with Acts as a whole as in Steve Walton's chapter on the way Luke-Acts perceives the Roman Empire, while others focus on particular sections, passages, and even certain figures, such as in an Christopher Stroup's analysis of the circumcision of Timothy. Together, the essays provide a tightly woven and deeply textured analysis of Acts. The dialogue form of essay and response will encourage readers to develop their own critiques of the points raised in the collection as a whole.