The Epistles of 2 Corinthians and 1 Peter: A Newly Discovered Commentaries (The Lightfoot Legacy Set: Volume 3) 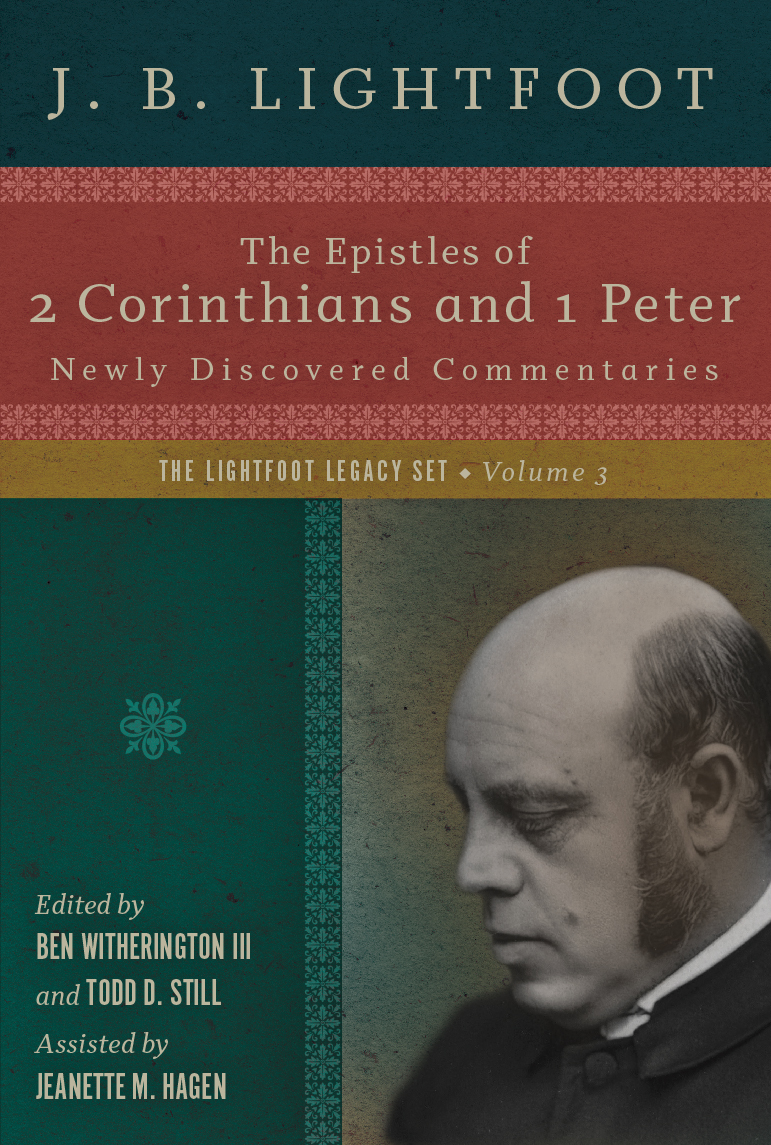 InterVarsity Press is proud to present The Lightfoot Legacy, a three-volume set of previously unpublished material from J. B. Lightfoot, one of the great biblical scholars of the modern era. In the spring of 2013, Ben Witherington III discovered hundreds of pages of biblical commentary by Lightfoot in the Durham Cathedral Library. While incomplete, these commentaries represent a goldmine for historians and biblical scholars, as well as for the many people who have found Lightfoot's work both informative and edifying, deeply learned and pastorally sensitive.

In addition to the material on the Acts of the Apostles and the Gospel of St. John, published in volumes one and two, respectively, there were fragments on 2 Corinthians and 1 Peter. Lightfoot was well known as a Pauline expert given his commentaries on Galatians, Philippians, Colossians and Philemon, and fragments of his work on Romans, 1 Corinthians, Ephesians, and 1 and 2 Thessalonians were published posthumously. It is therefore a delight to have his notes on 2 Corinthians available for the first time. Lightfoot was also interested in the life and work of Peter. The introduction to his commentary on 1 Peter provides insightful analysis of the chronology and context of the epistle. Lightfoot seeks to demonstrate that Peter knew Paul's work and that these two great apostles were in harmony regarding theology and ethics.

Now complete, these three commentary volumes reveal a scholar well ahead of his time, one of the great minds of his or any generation.