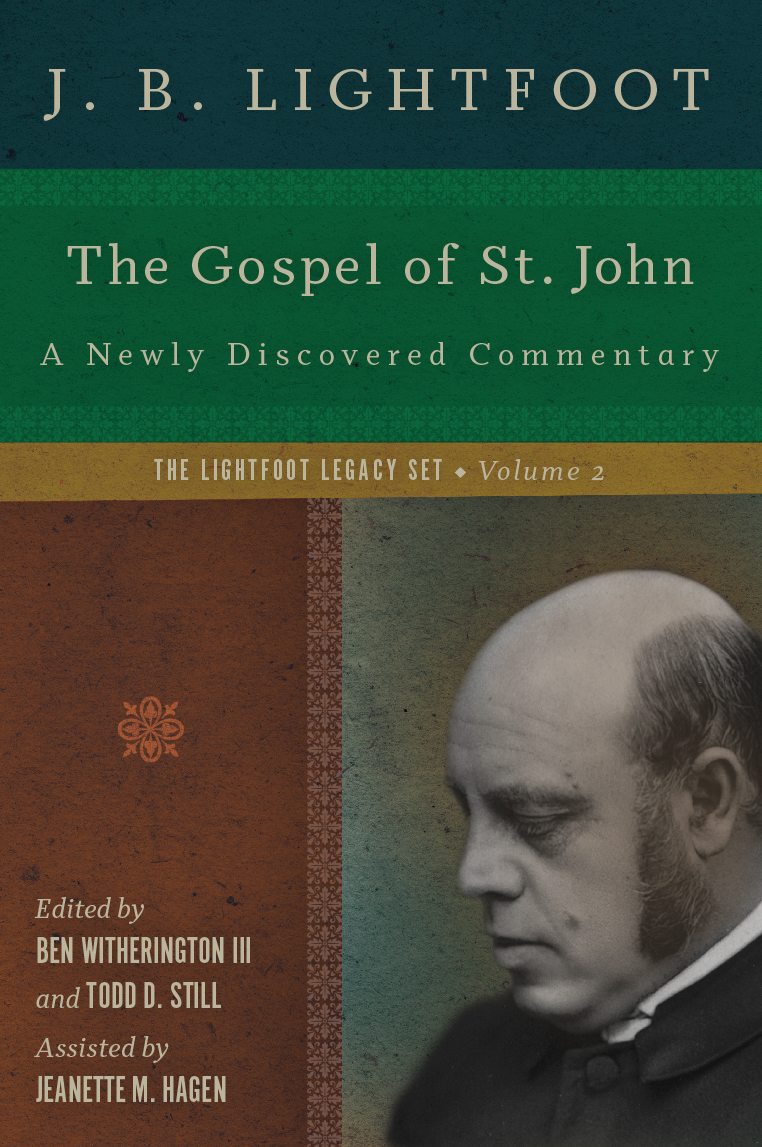 InterVarsity Press is proud to present The Lightfoot Legacy, a three-volume set of previously unpublished material from J. B. Lightfoot, one of the great biblical scholars of the modern era. In the spring of 2013, Ben Witherington III discovered hundreds of pages of biblical commentary by Lightfoot in the Durham Cathedral Library. While incomplete, these commentaries represent a goldmine for historians and biblical scholars, as well as for the many people who have found Lightfoot's work both informative and edifying, deeply learned and pastorally sensitive.

In addition to the material on the Acts of the Apostles, published in volume one, there were detailed notes on the Fourth Gospel, a text that Lightfoot loved and lectured on frequently. These pages contain his commentary notes for John 1-12. Lightfoot had long wanted to write a commentary on the Gospel of John, but he was unable to do so due to more pressing demands on his time, as well as his respect for his colleague B. F. Westcott. As a result, though he continued to compile notes on the text, they never saw the light of day until now. Included alongside the commentary are Lightfoot’s long out-of-print essays on the historical reliability of the Fourth Gospel.

Now on display for all to see, these commentary volumes reveal a scholar well ahead of his time, one of the great minds of his or any generation.