What Would Jesus Deconstruct? The Good News of Postmodernism for the Church

What Would Jesus Deconstruct? The Good News of Postmodernism for the Church John D. Caputo 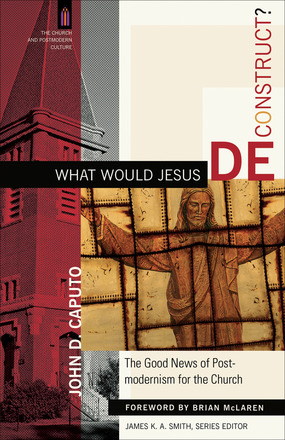 One of the components of postmodernism is the idea of deconstruction, founded by the French philosopher Jacques Derrida. Many in the church who are wrestling with ministry in a postmodern era would view deconstruction as a negative aspect of the postmodern movement. But John Caputo, one of the leading philosophers of religion in America and a leading voice on religion and postmodernism, sees it differently. In this lively and provocative analysis, he argues that in his own way Jesus himself was a deconstructionist and that applying deconstruction to the church can be a positive move toward renewal.

Deconstruction is not destruction but rather a breaking down of the object in question so as to open it up to its own future and make it more loyal to itself. This is because in deconstructing, the undeconstructible is revealed, in this case, the eternal truth of God revealed in the gospel. In this book, Caputo describes why today's church is in need of deconstruction, deconstructs what he sees as some of the church's idols, and points toward implications for the life and ministry of the church. Caputo's lucid writing makes difficult concepts accessible, resulting in an appropriate text for undergraduate or graduate classes in philosophy, theology, and postmodern ministry. What Would Jesus Deconstruct? includes a foreword by Brian D. McLaren and is the second book in the Church and Postmodern Culture series.