Paul's Theology of Preaching: The Apostle's Challenge to the Art of Persuasion in Ancient Corinth

Paul's Theology of Preaching: The Apostle's Challenge to the Art of Persuasion in Ancient Corinth A. Duane Litfin 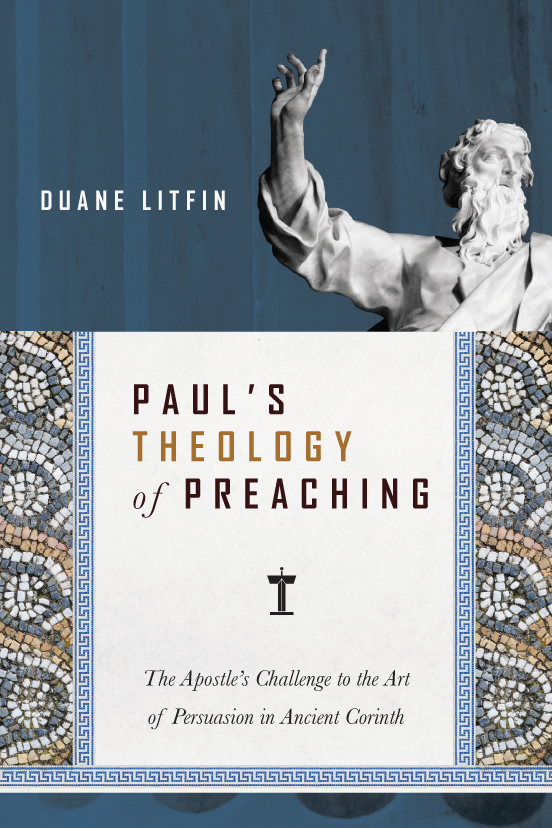 "We preach Christ crucified: a stumbling block to Jews and foolishness to Gentiles, but to those whom God has called, both Jews and Greeks, Christ the power of God and the wisdom of God."

When Paul preached about the crucified and risen Jesus Christ to the church at Corinth and elsewhere, did he follow the well-established rhetorical strategy of his day or did he pursue a different path? And what does that mean for the preaching of the church today?

Through a detailed analysis of 1 Corinthians 1-4, Duane Litfin explores the rhetorical context of Paul’s preaching and his own understanding of his task as a preacher. What is revealed in this investigation is a sharp distinction between Greco-Roman rhetorical strategies, which sought to persuade, and Paul’s theology of preaching, which was based on the model of an obedient herald.

This revised and expanded version of Litfin's previous St. Paul's Theology of Proclamation will provide insight to those engaged in Pauline and New Testament studies, rhetorical theory, and Greco-Roman studies. Moreover, by offering a better understanding of Paul's method as well as the content of his declaration concerning "the power and wisdom of God" revealed in Jesus, this book will help preachers as they undertake the ongoing task to "preach Christ crucified."