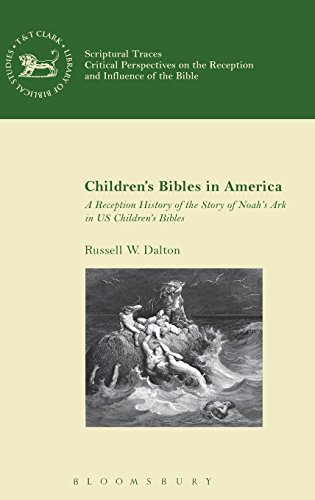 Russell W. Dalton's Children's Bibles in America explores the variety of ways in which Bible stories have been adapted, illustrated, and retold for children throughout U.S. history. This reception history of Bible stories as they appear in children's bibles provides striking examples of the multivalency and malleability of biblical texts, and offers a ground-level picture of American culture and American religion in their most basic forms. Dalton demonstrates the ways in which children's bibles reflect and reveal America's diverse and changing beliefs about God, childhood, morality, and what must be passed on to the next generation.

Dalton examines the ways in which the story of Noah's ark has been adapted and appropriated to serve a variety of social agendas. Throughout American history, the image of God in children's bible adaptations of the story of Noah has ranged from that of a powerful, angry God who might destroy children at any time to that of a friendly God who will always keep children safe. At the same time, Noah has been lifted up as a model of virtues ranging from hard work and humble obedience to positive thinking and counter-cultural protest. Children's bibles have been among the most popular and influential types of religious publications in the United States, providing many Americans with their first formative experience of the Bible and their faith. Scholars and students of the Bible, reception history, American religious history, religion and culture, and religious education will all find food for thought in this study.