Reconsidering the Date and Provenance of the Book of Hosea: The Case for Persian-Period Yehud

Reconsidering the Date and Provenance of the Book of Hosea: The Case for Persian-Period Yehud James M. Bos 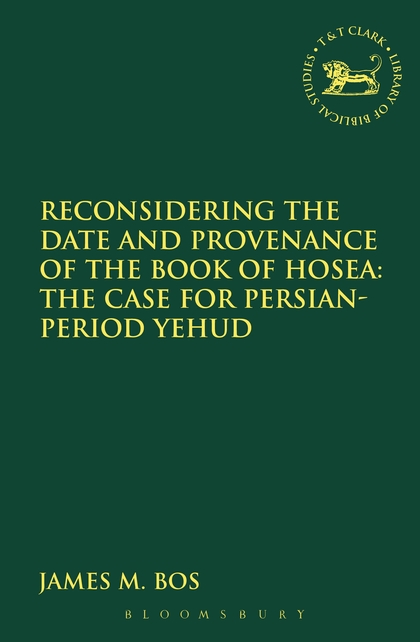 This study argues that the book of Hosea ought to be understood and read as a text that was composed in Persian-period Yehud rather than in eighth-century Israel. The author challenges the traditional scholarship and emphasizes that there is the evidence to suggest that the book should be viewed as a Judahite text - a book that was composed in the late sixth or early fifth century B.C.E. Bos provides an overview of the state of prophetic research, as well as a discussion of genre and the generation of prophetic books, linguistic dating and provenance; and a survey of Hosea research. Bos discusses various aspects of the book of Hosea that aim to prove his argument the book was composed in Persian-period Yehud - the anti-monarchical ideology of the book, the dual theme of ‘Exile' and ‘Return' which is consistent with the discourse found in other Judahite books dating to the sixth century; and the historiographical traditions.