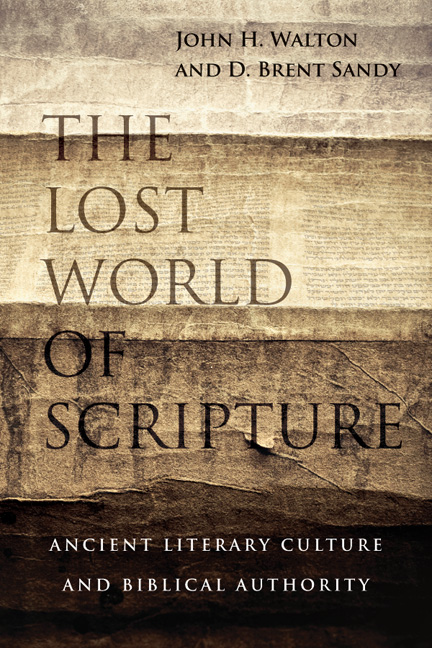 From John H. Walton, author of the bestselling Lost World of Genesis One, and D. Brent Sandy, author of Plowshares and Pruning Hooks, comes a detailed look at the origins of scriptural authority in ancient oral cultures and how they inform our understanding of the Old and New Testaments today.

Stemming from questions about scriptural inerrancy, inspiration and oral transmission of ideas, The Lost World of Scripture examines the process by which the Bible has come to be what it is today. From the reasons why specific words were used to convey certain ideas to how oral tradition impacted the transmission of biblical texts, the authors seek to uncover how these issues might affect our current doctrine on the authority of Scripture.

"In this book we are exploring ways God chose to reveal his word in light of discoveries about ancient literary culture," write Walton and Sandy. "Our specific objective is to understand better how both the Old and New Testaments were spoken, written and passed on, especially with an eye to possible implications for the Bible’s inspiration and authority."