Death Before the Fall: Biblical Literalism and the Problem of Animal Suffering

Death Before the Fall: Biblical Literalism and the Problem of Animal Suffering Ronald E. Osborn 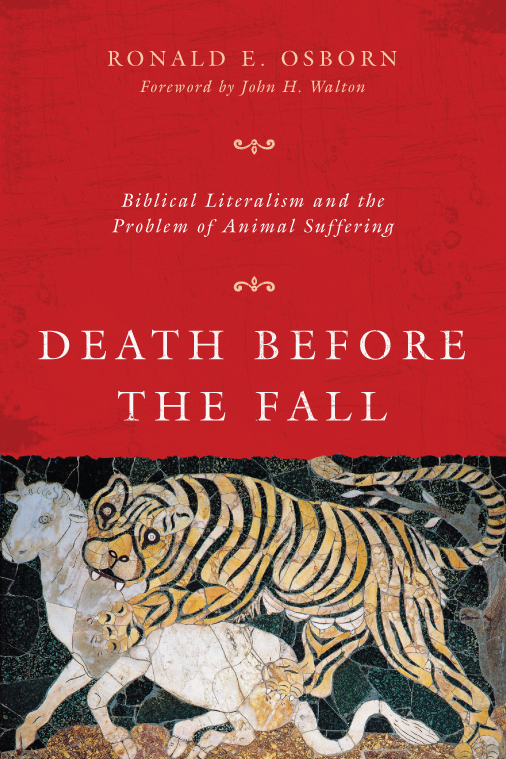 Did animals have predatory natures before the fall? Did God punish innocent animals with a curse because of human sin? Is it possible for theistic evolutio3983 n to be compatible with the Bible, even though animal death before the fall would contradict the teaching that death began after the first sin?

In this eloquent and provocative "open letter" to evangelicals, Ronald Osborn wrestles with these pointed questions and with the problem of biblical literalism and animal suffering within an evolutionary understanding of the world.

Considering the topic of animal suffering and predation as a theodicy dilemma, Osborn offers an open-minded exploration of the subject, specifically coming against the fundamentalist and literalist view of the book of Genesis and the creation account. He challenges one-dimensional reading of Scripture and shines a sobering light on the evangelical dogma responsible for advancing viewpoints long ago dismantled by science.

Always acknowledging the traditionalist viewpoint, Osborn demonstrates with a wealth of exegetical and theological insight how orthodox Christianity can embrace evolutionary concepts without contradiction. Osborn forces us to ask hard questions, not only of the Bible and church tradition, but also and especially of ourselves.