They Conspire Against Your People: The European Churches and the Holocaust

They Conspire Against Your People: The European Churches and the Holocaust Colin Barnes 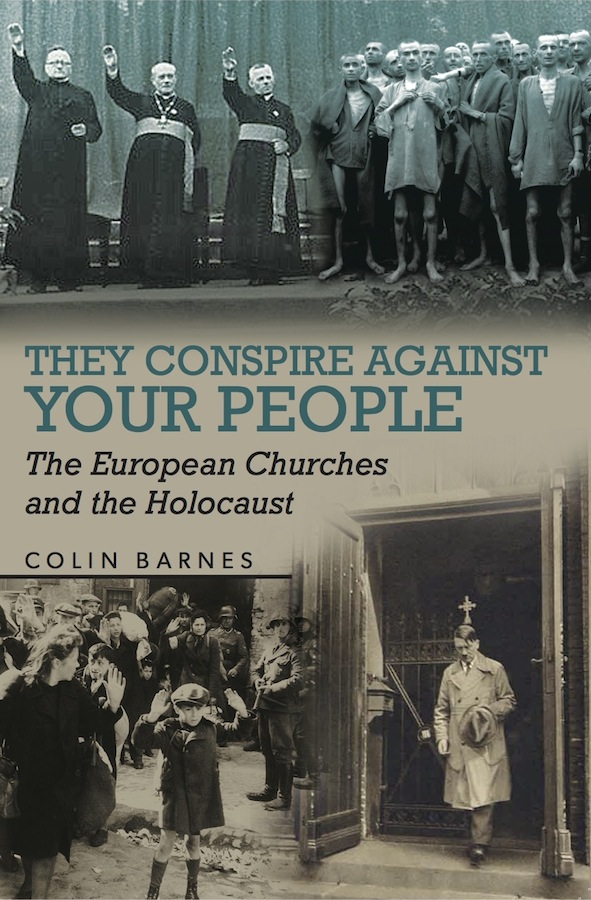 This book explores the extent to which the European churches and their theology contributed to a mindset that permitted the genocide of six million Jews during the Holocaust. Were the Catholic and Protestant churches of Europe rescuers, bystanders or facilitators?

What emerges in this historical study is a commonality of word and deed, with the evidence indicating that Christianity in Europe was surprisingly united across time, space and sectarian divides in its view of the Jewish people. The Holocaust was a progression of increasingly lethal measures: vilification, boycotts, deportation, ghettoization, and finally, mass murder.

With the exception of the latter, these stages repeated the pattern of the European churches’ own Jewish policy in the centuries and years leading up to the Holocaust. This pre-existing pattern, based on the theological view of punitive supersessionism (that God had punished the Jews and replaced them with Christianity as his new people), proved decisive in determining the European churches' responses to the unfolding Nazi programme. Especially important is this study's treatment of Protestant perceptions of the Jewish people. To the absolute extent of church precedent, Nazi policy was supported by both Catholics and Protestants. There was some discontinuity, centring on questions of definition (were Jews defined by race or religion) and final solutions, conversion or genocide.

Yet this proved largely irrelevant; the churches never viewed their converts as a bridge to aiding the wider Jewish community, while the cumulative effect of support for all earlier Nazi Jewish policies left the churches morally incapable of opposing genocide. Instead they opted for a guilty, deliberate silence.

This systematic investigation of the responses of the churches to the unfolding progression of the Holocaust across European country after country concludes that the presence and theology of the Christian churches in Europe aided the Holocaust.