One Lord, One People: The Unity of the Church in Acts in its Literary Setting

One Lord, One People: The Unity of the Church in Acts in its Literary Setting Alan J. Thompson 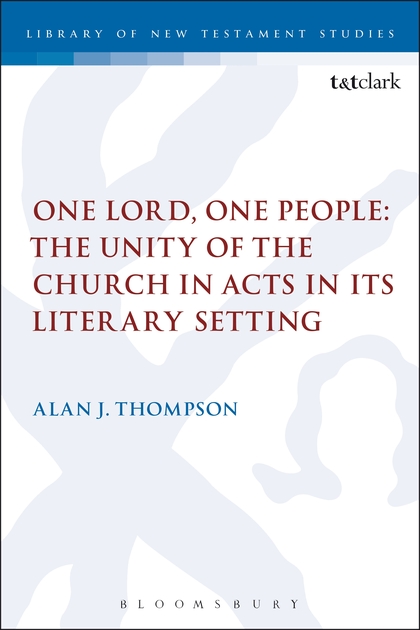 Series: The Library of New Testament Studies
Categories: The Book of Acts in its First Century Setting

The themes of unity and disunity are particularly prominent in ancient discussions of the reigns of rulers, evaluations of laws/constitutions/forms of government, and descriptions of the contrasting effects of unity and disunity in the destruction and preservation of peoples and cities. These themes are grouped under the broad categories of kingship and law, and the preservation and destruction of cities. The book contends that, in the context of its literary setting, the theme of the unity of the church under one Lord in Acts contributes to Lukan Christological claims that Christ is the true king, and Lukan ecclesiological claims that the Christian community is the true people of God.