Chapters in a Life of Paul

Chapters in a Life of Paul John Knox 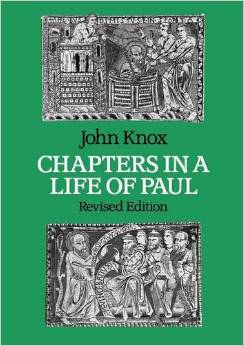 In New Testament study, a handful of books stand out as having significantly affected the course of interpretation. John Knox's Chapters in a Life of Paul is one of these. Though the first edition dates back to the 1950s, its basic argument still holds good: that the primary sources for the life of Paul are his letters, and that in cases of conflict with Acts, whether explicit or implicit, are always to be followed. More recent scholars like Robert Jewett and Gerd Liidemann have developed the approach further, but without achieving one characteristic for which John Knox is justly famous: the enjoyment and excitement of his writing. The revision to the book has been carried out by John Knox himself, now approaching his ninetieth year, taking account of subsequent work: in preparing the new edition for publication he has been helped by a younger colleague, Douglas Hare who has also written an extended introduction.