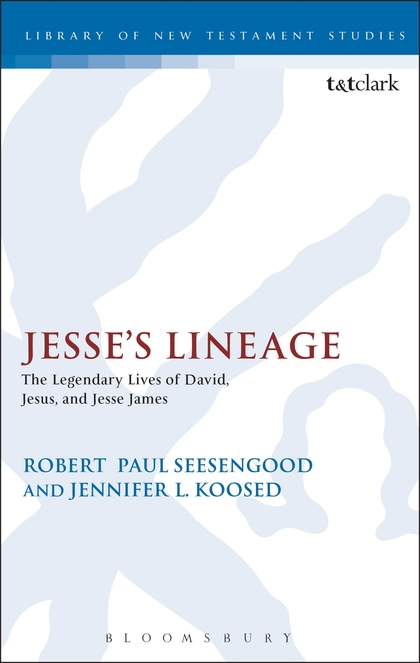 Jesse's Lineage explores the interconnections between David, Jesus, and Jesse James. All three of these figures evoked complicated and conflicted reactions from their contemporaries - considered criminals by some, saviors by others. David lives the life of a bandit while on the run from Saul; Jesus dies the death of a bandit alongside other bandits; Jesse James is the paragon of the bandit in the American West and yet his life and death is also understood in biblical terms. Iron Age Judah, Roman Galilee, and Reconstruction era Missouri alike invoke the context of colonial "territories" and areas of resistance. Such contexts give birth to bandits, the heroes of the subaltern.

After their deaths, David, Jesus, and Jesse James live on thorough equally complicated and conflicted textual, ritual, and cultural memories. Their stories intertwine through reference and allusion as Jesus' mission is understood in terms of David's promise, and Jesse's death is understood in terms of Jesus' betrayal. The biography of each figure is further complicated by the processes of folk memory and oral transmission.