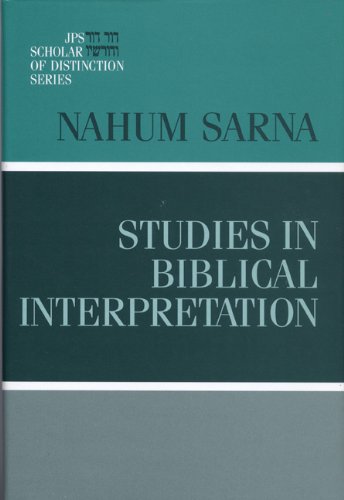 Studies in Biblical Interpretation, a volume in the acclaimed JPS Scholar of Distinction series, is a collection of essays by Nahum Sarna, one of the most distinguished scholars who has guided the field of Jewish biblical scholarship to maturity in the second half of the twentieth century. The twenty-seven essays presented in this volume are exemplars of the Jewish exegetical tradition. Sarna has been honored in many ways for his contributions, which are far from parochial; his expertise in Jewish interpretive writings account for the popularity of his work among non-Jewish scholars. Religious scholars also will appreciate the comprehensive and thoughtful foreword by Sarna's former student Jeffrey Tigay, who offers an engaging biography of his mentor and provides an overview that leads the reader into the text.