Paul, the Pastoral Epistles, and the Early Church 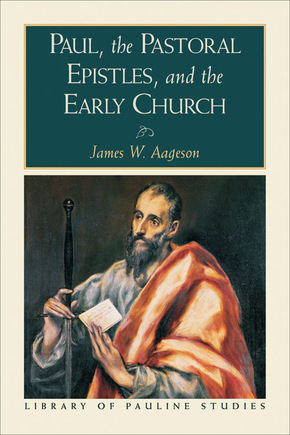 Paul's influence on the history of Christian life and theology is as profound as it is pervasive. A brief survey of almost twenty centuries of Christian thought and practice will confirm the enduring importance of Paul for the life of the church in the Roman and Protestant traditions of the West as well as the Orthodox traditions of the East. Even as Christianity, at the dawn of its third millennium, has become increasingly global and traditions have come to develop and intersect in new and complex ways, Paul's place in the story of Christianity remains deeply rooted in the church's theology, worship, and pastoral life. In both past and present, Paul's influence on the Christian church can hardly be overestimated.

Among the many intriguing issues generated by the historical Paul, his New Testament letters, and early church history is the question, what happened to Paul after Paul? Whether we think in terms of the reception of Paul's theology, or the ongoing legacy of Paul, or early Christian reinterpretation of his letters, the questions persist: what did the early church do with Paul's memory? How did it reshape his theology? And what role did his letters come to play in the life of the church?

The focus of the present discussion is in the early decades and centuries of Christianity, a time when the memory and legacy of Paul came to serve varied and often competing interests in the emerging church. It was a time when Paul's reputation and importance to the church were being reinforced and when his epistles were gaining the authority that would ensure their place in the sacred library of Christianity. It was also the time when the Jesus movement forged itself into Christianity, a process in which Paul played a pivotal role and eventually also became an object of revision and transformation himself. What is virtually indisputable in this process is that Paul, during his lifetime and after, played a critical role in making Christianity what it was to become.