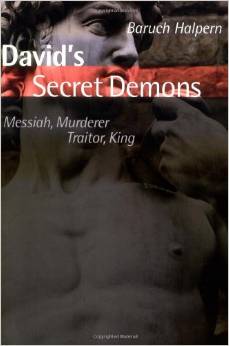 Series: The Bible in Its World
Categories: Special Studies in 1/2 Samuel

From The Critics Library Journal Halpern (Jewish studies, Pennsylvania State Univ.) has given us a scholarly, fascinating, and controversial study of the figure of David in the Hebrew Scriptures. He does not doubt the actual existence of a historical figure named David, as does Thomas Thompson in his Early History of the Israelite People (Brill, 2001). However, he argues that the historical David was a far different person than the one pictured in 1 and 2 Second Samuel. The controversial nature of this study can be seen in the title of one of the chapters: "King David, Serial Killer." Halpern presents a close textual analysis of the stories about David in 1 Samuel 8 through 2 Samuel 1, along with a special study of 2 Samuel 8. He builds his case around the idea that there were two sources, identified here as A and B, which were used for the final versions of 1 and 2 Samuel. While Source A shows some of his faults, Source B is a kind of whitewashing apology for David in order to justify the kingship of Solomon and his successors. The real David, Halpern thinks, was a ruthless individual who was willing to murder or have murdered all of Saul's family so that he could secure the throne. Sure to receive much scholarly attention, Halpern's work can be profitably read by lay persons and scholars alike.